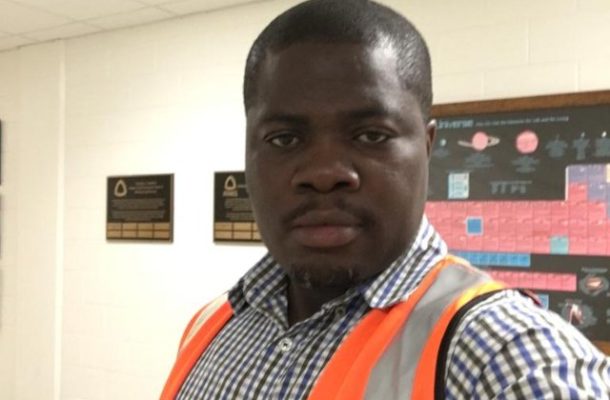 The actions of President Akufo Addo’s government in the mining sector are juxtaposing the mining industry in Ghana at high political uncertainty, put the country on a high global mining investment risk index and fend off current and potential future investors in the business.

As a mining engineer who has reviewed the Ghana mining laws, I can confidently predict that any wrongful confiscation of the Exton Cubic mining lease can soon lead to a disaster in the large-scale mining business in the country, affecting the foreign companies that are operating without parliamentary ratification. As it is written, what is good for the goose is good for the gander.

It is sad that this NPP government is determined to collapse Ghanaian businesses and rather promote foreign companies to succeed in the country. Exton Cubic began its bauxite concession application from May 25, 2013, and the company acquired its mining lease from the Ministry of Lands and Natural Resources on December 29, 2016. In my opinion, the company followed the laid down procedure and hence, it should not face such frustrations in its own country.

Notable among the collapsed businesses by this government, include Dr. Nduom’s Gold Coast Securities collapse, Bank collapse, Small-Scale Mining collapse, and Menzgold collapse. These business fold ups have led to adverse hardships, unprecedented unemployment and unexpected financial loss to Ghanaians. Unfortunately, the foreign companies move their revenue beyond the shores of Ghana, contributing immensely to the uncontrolled depreciation of the local currency.

As a Ghanaian, I am worried about how the Exton Cubic case can be used in the near future as a reference to confiscate the leases of the active mining companies in Ghana that were exploiting natural resources without the requisite ratification at the time that the Exton Cubic lease was seized. Upon reviewing the Minerals and Mining Act 2006, Act 703 from the first page one (1) to the last page fifty-nine (59), it is not stated anywhere in the document that a mining company’s owner or its representative should submit a mining lease to parliament for ratification consideration.

After the payment of the lease application fees, it is the responsibility of the Minister for Lands and Natural Resources to submit the approved lease to parliament for the subsequent ratification. My thorough investigations show that both the previous minister who granted the mining lease and the current minister did not submit the lease to parliament for the required approval. Is it lawful to penalize the mining company that fully paid the necessary application fees or the minister who failed to execute his duties? I cannot fathom why some NPP members are peddling falsehood about Exton Cubic to the public without ascertaining the facts of the matter.

The Minerals and Mining Act 2006, Act 703, Section 39 states clearly that a holder of a reconnaissance license or prospecting license can apply for one or more mining leases. The Ministry of Lands and Natural Resources granted Exton Cubic’s prospecting license on December 24, 2015, hence the company was eligible to apply for its mining lease on October 26, 2016. Again, the Act 703 states that the Minister should grant the mining lease within sixty (60) days of the application, upon recommendations from the Minerals Commission. If the ministry granted the mining lease on Thursday, December 29, 2016, which is about sixty-four (64) days, what made the lease acquisition process fraudulent? Please see the screenshot from the Act 703 below: