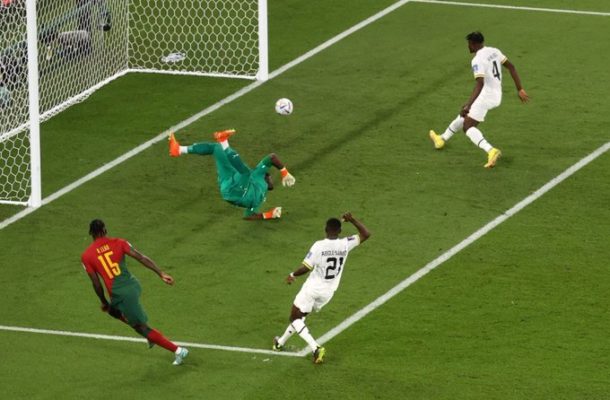 Ghana battled to a 3-2 loss to Portugal in their opening match of the FIFA World Cup Qatar 2022 finals at the 974 stadium.

Inaki Williams got the nod to lead the lines as Andre Ayew operated behind him.

Cristiano Ronaldo scored the opening goal from the penalty spot, hammering in after the referee awarded a highly subjective penalty in their favour following a close incident with Mohammed Salisu.

The win means Portugal top Group H with 3 points after Uruguay and South Korea played out a goalless draw early on.

Ghana will play South Korea on Monday, November 28, while Portugal takes on Uruguay in the other Group H match.