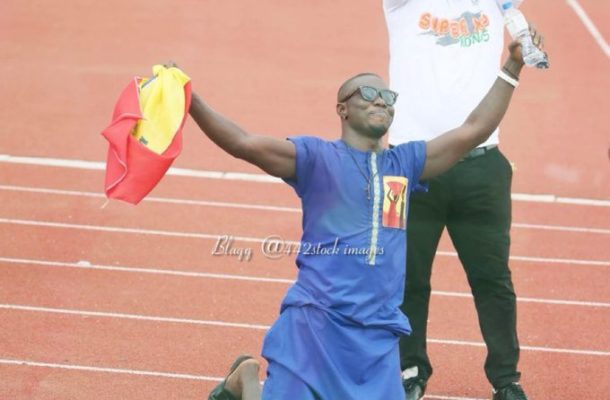 It appears controversy and Bernard Don Bortey are bed fellows as he has done a significant u-turn after bashing the Hearts of Oak management and joining Asante Kotoko to celebrate their Ghana Premier League title triumph at the Baba Yara Stadium.

The former Hearts of Oak winger joined a lot of Asante Kotoko former players when they were celebrating their 25th league title triumph last Sunday against Elmina Sharks.

His presence at the Kotoko trophy coronation caused consternation among Hearts of Oak fans who revere Don Bortey a lot.

Despite promising Kotoko  to play for them in the 2000's and even taking cash from the team but never did, Bortey was given a heroes welcome by Kotoko fans. 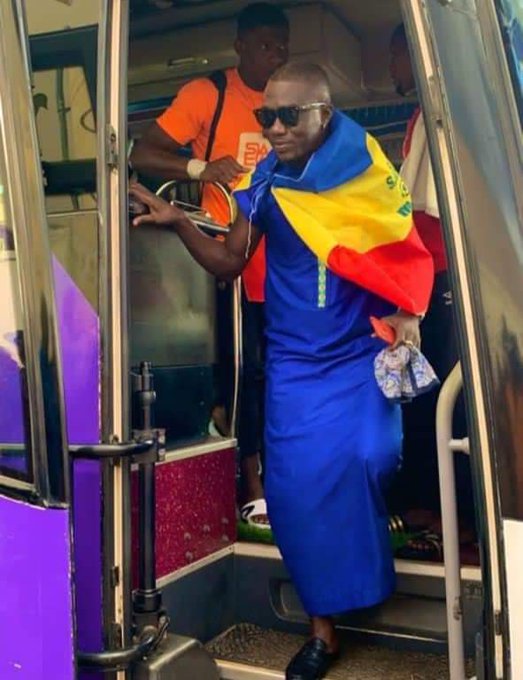 He also lambasted Hearts of Oak's management for being naive about football among other things but last Sunday Bortey joined the Hearts of Oak team bus as they played Bechem United in the finals of the MTN FA Cup which they won 2-1.

The former Hearts of Oak legend knelt down in front of the Hearts fans last Sunday to beg them for forgiveness over the disparaging comments and the disrespect shown them .