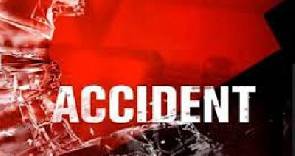 Police in Sefwi Bekwai have commenced investigations into the circumstances surrounding the untimely death of a cop on Monday evening on the Sefwi-Bekwai road.

The police officer who has been identified as Agyeman Prempeh, was known popularly as Ajingo and hails from Ankwaso.

Mr Prempeh was reported to have collided with a KIA truck with registration number GS 28-88-09 while driving home when the incident happened.

He was reportedly returning from an official duty and heading towards the Asankragua road, an eyewitness said.

According to the eyewitness, the cop reportedly died on the spot following the accident.

A source explained that Mr Prempeh who was driving at a top speed to escape a possible attack after he had knocked down a 13-year-old boy in the Sefwi – Bekwai township.

Unfortunately for him, a strange dog from nowhere crossed his path leading to him crashing into an oncoming car.

The body of Agyeman Prempeh has been deposited at the Bibiani Government Hospital morgue for autopsy and investigation.

All attempts to speak to the police commander of Sefwi – Bekwai, DSP Juliet Dazie has proven futile.

Joy News gathered the 13-year-old boy is receiving medical attention at the Sefwi –Bekwai Government Hospital and responding well to treatment at the time of filing this report.