Couple live in cave for 54 years 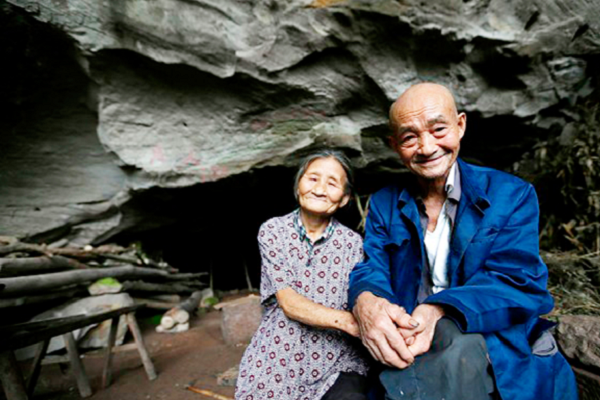 Unable to afford a proper home after getting married, a Chinese couple moved into a mountain cave near the city of Nanchong and have been living there for the past 54 years.

Eighty-one-year-old Liang Zifu and 77-year-old Li Suying found the cave three years after their wedding and since they could not afford to buy a real house, decided to make it their home and start a family there.

In the beginning, they shared the unusual abode with three other families, who have since moved out, as have the couple’s four children, but the two elderly cave-dwellers would not even consider leaving.

After their story went viral in Chinese media, local authorities tried to persuade them to move out and even offered to provide them with a more comfortable house, but they refused.

The old couple have spent their whole lives turning the cave into a cozy dwelling, which now has three bedrooms, one kitchen and a living room.

Liang even turned the roof into a small garden where they grow all the produce they need to survive and set up a pigsty that provides them with fresh meat.

A well dug near the entrance of their home supplies clean water, and they even have access to electricity.