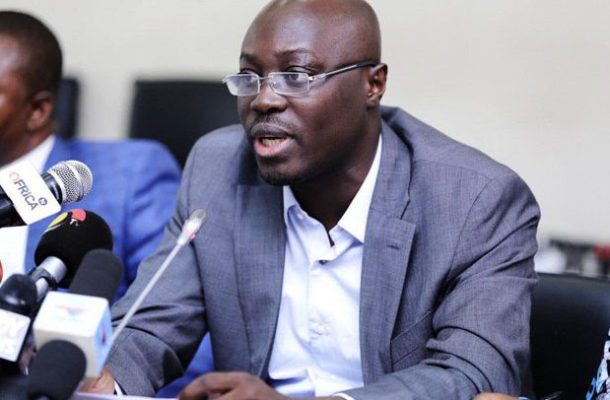 Mr. Muntaka said that Mr. Forson will attend to Parliamentary duties before he visits court.

“The game is to intimidate, frustrate us and they think that they can weaken us but no, they cant. They are rather strengthening and keeping us together.

“You are charging Dominic Ayine because of Zuarungu market, you are bringing Quayson, you are charging Akwatia MP, you can just see the frustration and it is so shameful that they forget that this is a democracy and this is being led by so-called learned,” he told journalists after the first hearing of Ato Forson’s case on Monday, January 17.

He added “Now we know every one of us in danger, they can choose to withdraw all the security that follow all the 137 of us, they can choose to even take all our salary because they think they are in the executive but believe me, it is rather going to strengthen us. Remember, nothing lasts forever.

The Ranking Member of the Finance Committee of Parliament together with two others has been dragged to the High Court on five counts of willfully causing financial loss to the state.

According to the facts of the case, Dr. Ato Forson, when he was a Deputy Finance Minister under the Mahama administration, executed a contract by the government of Ghana to purchase some 200 ambulances for the National Ambulance Service.

Despite the granting of a medium-term loan facility of €15.8 million for the 200 ambulances, only 10 were shipped to Ghana in 2014.

“A post-delivery inspection of the first batch of 10 ambulances revealed that same were without any medical equipment in them.

“Other fundamental defects included defects on the body of the vehicles and the patient compartment of the ambulances,” the writ noted.

The two other accused are Sylvester Anemana, who was a Chief Director at the Ministry of Health, and Richard Jakpa, the Ghana representative of Dubai-based Big Sea General Trading Limited.

While Sylvester Anemana has been charged for abetment of crime namely willfully causing financial loss to the state contrary to Sections 20(1) and 179A(3)(a) of the Criminal Offences Act, 1960 and breaching the Public Procurement Act, Richard Jakpa is on a charge of willfully causing financial loss to the state “by intentionally causing vehicles purporting to be ambulances to be supplied tot he Republic of Ghana by Big Sea General Trading Ltd of Dubai without due cause”.

Mr. Ato Forson, who is the first accused, has additionally been charged for intentionally misapplying public property contrary to section 1(2) of the Public Property Protection Act, 1977.

He is said to have misapplied €2.37 million by causing irrevocable Letters of Credit to be established against the budget of the Ministry of Health in favor of the Dubai-based firm.

The charges were brought against the three by the state.