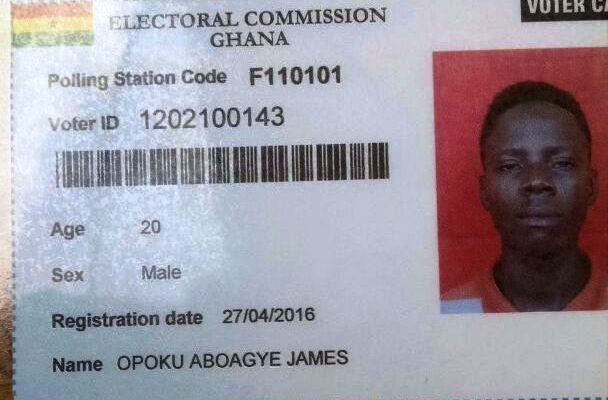 The Ho Magistrate Court has directed the Electoral Commission to expunge some 99 names from the voters' roll in the Ho central constituency of the Volta region.
This was as a result of objections raised by one Leonard Agbesi, a resident of Hodzokorfe claiming those persons were not ‘residents or ordinarily residents’ of his community, where they registered as stipulated in the Public Elections Regulation, 2016, Constitutional Instrument (C.I) 91.

A claim, the court upheld during a hearing on Tuesday, after a thorough cross-examination of the petitioner and an official of the Ho Municipal Electoral office, who adduced evidence to the fact that, the 99 persons could not be traced as residents of Hodzokorfe polling station.

The EC official told the court that, after the objections were raised during the just ended Voters Register Exhibition exercise; several efforts to get the objected persons to prove their residential status in the area, in accordance with processes prescribed in the CI 91 were unsuccessful.

According to the EC official, aside the posting of the objection notice at the polling station, they further consulted with the traditional authority to beat gong-gong in the area but no one showed up to challenge the objections.

The court consequentially directed the EC to remove the 99 names on the basis of the persons being ‘non-residents’ in the Hordzokofe area, where they registered.

This order comes a day after the magistrate court at Dzolokpuita in the Ho West constituency adjourned to Friday, a similar case pertaining to the removal of some 171 names on the voters register in that area.

Agents of the opposition New Patriotic Party (NPP) in the area objected to the names during the Voters Register Exhibition exercise, on the same basis of the persons being ‘non-residents.’

Meanwhile, figures from the Volta Regional directorate of the Electoral Commission revealed a total of 5,656 objections were raised during the voters' register exhibition exercise in the region.

3193 of the objections were on the basis of the persons being deceased, while the remaining 2463 are being objected to, on the grounds of being non-residents or non Ghanaians.

A total of 2173 out 3882 persons have successfully gotten their names back on the voters register in the region during the just ended re-registration of persons whose names were deleted for using NHIS card to register in 2012.