COVID-19: Back your prayers with actions - Asiedu Nketia jabs Akufo-Addo 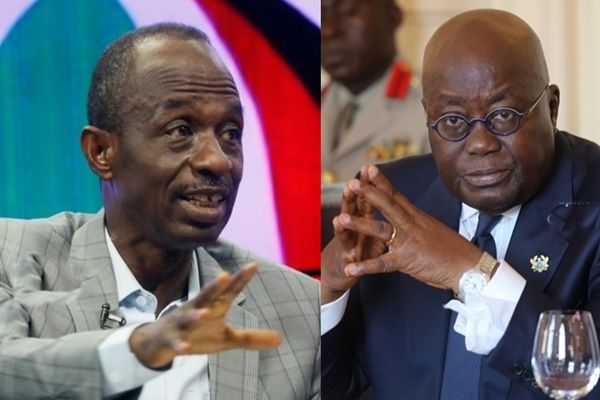 General Secretary of the National Democratic Congress (NDC), Johnson Asiedu Nketia, has asked the President to back his prayers with works in the fight against coronavirus.

According to him it is good one prays but you must make sure that you provide the necessary Personal Protective Equipment (PPEs) and resources to fight the deadly coronavirus.

Speaking on Okay FM’s 'Ade Akye Abia' program, he explained that though the Presdent criticized former President Atta Mills for turning the castle into a prayer camp, he will have to organize great men of God to pray for the country in these hard times.

"The President seems to be slacking in his fight against the disease putting everybody at risk," he said.

He added that as a President, he should learn from other countries who are fighting the virus.

He said it is about time the President comes out to tell Ghanaians the pragmatic measures he has put in place or will be putting in place as a government to reduce the spread and contain the disease.

"The President should act and act fast before the situation gets out of hand," he added.

The Ghana Health Service has confirmed the coronavirus cases in Ghana is now 16, up from 11 on Thursday.

All five new cases, confirmed on the 19th March, 2020, were reported from Greater Accra Region.

Fortunately, no loss of life has been recorded.

Five (5) new confirmed cases on the 19th of March 2020. All five were reported from Greater Accra Region.

1- 29-year-old Ghanaian lady; resident of Accra; no history of travel; sample confirmed positive in the laboratory

2- 34-year-old Ghanaian lady resident of Accra; contact of a confirmed case at the place of work; sample confirmed positive in the laboratory

3- 53-year-old Ghanaian male, resident of Tema; no history of travel, no evidence of close contact with a confirmed case; sample confirmed positive in the laboratory

4- 41-year-old Ghanaian male; arrived in Ghana by KLM on the 15 March 2020; indicated exposure with family members in Amsterdam exhibiting respiratory symptoms and also on the flight with some passengers sneezing and coughing; sample confirmed positive in the laboratory.

5- 36-year-old Ghanaian male; resident of Paris, France; date of arrival in Ghana unconfirmed; no evidence of contact with an infected person;

This brings to a total of sixteen (16) confirmed cases in Ghana, with no death.

Contact tracing has been initiated in all these confirmed cases.