COVID-19: Female footballers are being impregnated due to lack of football - Hillary Boateng 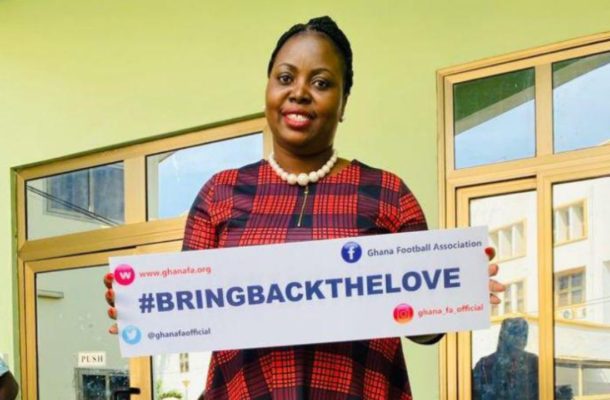 Chairperson of the Ghana Women’s premier league committee, Madam Hillary Boateng has bemoaned the negative impact the coronavirus pandemic is having on the competition.

She says women footballers are being impregnated due to the lack of action in Women's Premier League.

Football has been suspended since the middle of March following a spike in the coronavirus pandemic cases.

Players have been left to their fate with most team's even in the men's game struggling to pay salaries of their players how much more the women's game.

Madam Boateng also adds that most women teams in the league lack the necessary equipment to enable their players train alone on their own.

“I felt so sad when I was told one of my girls has been impregnated during the lockdown period, a player with very good promise, and and its so worrying, I will plead with my female Footballers not to allow themselves to be used and dumped” She told Adom FM.


“Even if we decide to play under closed doors, how can the women league committee raise money for the clubs, especially when players are not allowed to even train on their own” she concluded.

It remains unclear when the Ghana Football Association will decide whether to continue or annul the league season.