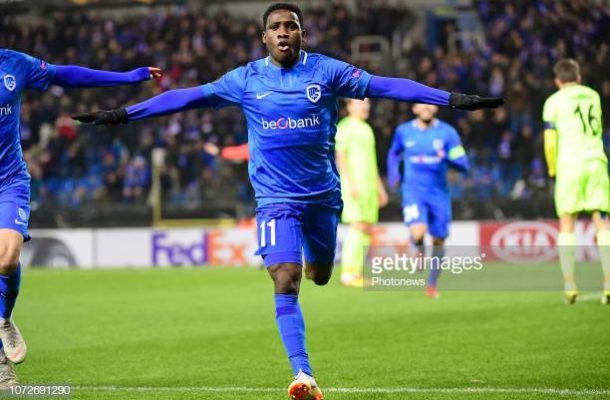 Ghanaian midfielder Joseph Paintsil is stucked in Belgium unable to fly home to Ghana despite his club KRC Genk granting players of the club permission to go back home.

In the wake of the coronavirus pandemic clubs in Europe have put training on the ice since the leagues have been suspended.

Joseph Paintsil is unable to fly home to because the government of Ghana has imposed a ban on all entry pf human beings into the country whether by air, sea or land borders.

In Belgium,Club Brugge have been declared champions already after the remainder of the country's professional league season was cancelled on Thursday April 2nd 2020 due to the coronavirus pandemic.

"The Brazilian Neto Borges and the Japanese Junya Ito were able to fly back. There was a flight for Ghanaian Joseph Paintsil, but it was canceled. Also Ivorian Kouassi and Nigerians Onuachu and Odey cannot fly back to their home country," said Maris.

There are also foreigners who chose to stay in Genk. "Danny Vukovic, still fully in rehabilitation, chose to stay. Jere Uronen and Patrik Hrosovsky also chose to stay. After all, they do have their families in Belgium," says Maris. To support the foreign players who stay in Belgium, KRC Genk has resumed training.