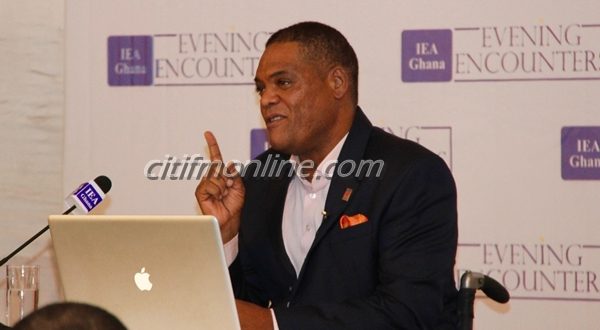 The Convention People’s Party’s (CPP) plan to make the commercial cultivation of the African tropical almond tree the backbone of the economy is not feasible, Policy Think Tank, Imani Ghana has stated.

The party’s flagbearer, Ivor Kobina Greenstreet, at the Institute of Economic Affairs’ (IEA) Evening Encounter series, suggested that the cultivation of the tropical almond tree, known as could earn the country as much as US$ 300 billion in revenue.

But at a forum to on the assessment of the major promises made by political parties ahead of the polls, IMANI Ghana indicated that he CPP’s promise is not viable as issues of funding, land mass, timelines and climate have not been taken into consideration.

Speaking on the ambiguous timelines in the CPP’s promise, a researcher at IMANI, Stefan Reppen said the almond dream “is most likely if you don’t consider any time periods… but in a reasonable time period, it seems highly unlikely.”

Mr. Reppen also questioned the $300 billion target saying “If you look at the US, they produce 80 percent of the world’s supply and US exports in 2014, a year with exceptionally high prices on almond, the export value from the US to the rest of the world was $4.5 billion.”

“With these figures, making some extreme assumptions, it would still take more than 50 years before Ghana earns 300 billion dollars and here we assume Ghana has complete world monopoly,” he added.

Ivor Greenstreet touted the US example as proof of such a project’s viability as the state of California is responsible for a significant amount of the exports from the US but IMANI believes the funding of this project will be a major stumbling block.

According to the Mr. Reppen, drawing from the US module the “average cost for pre-planting alone is $856 per acre and for total planting cost, 1471 per acre. Converting from acre to kilometers and multiplying with the 73,000 square kilometres which is what CPP planned to set aside, this will cost in pre-planting $15.4 billion and $26.5 billion for the total planting cost.”

He noted that the $26.5 billion figure is more than twice the total revenue in 2016 of GHc 103 billion. Thus for Mr. Reppen, “there is essentially just one question to ask; where will this money come from? We ask CPP, can you please provide us with this information,”