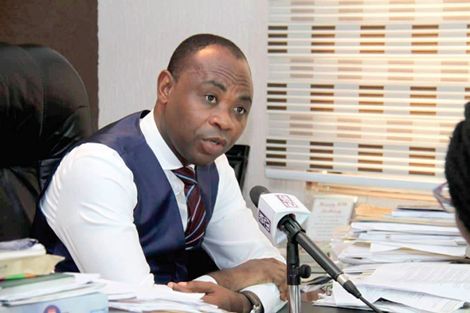 In a statement, Mr Appiah said that "Every year, the government invests over GH¢1 billion in social investment programmes without any social protection safety net to hold perpetrators of child abuse accountable for committing such heinous crimes against children. In the end, these activities affect government interventions negatively".

He further called for the establishment of a robust child protection system where perpetrators of child abuse will be dealt with severely.

While responding to an incident tat saw a boy set ablaze in the Upper East region the head of the CRI said the continuous development of abuse of the right of children can mar the image of the nation on the international front.

About a year ago, an 11 year old boy at Bolgatanga in the Upper East region was set on fire by an older man set him ablaze after pouring petrol on him.

The boy, whose name was given as Maxwell Ayinbisa Abelinkiira was accused of  peeping through a bathroom to watch a woman who was taking her bath, an offence he denied.

This story comes in the wake of a similar one in the Central Region where a boy’s hand was wounded by his stepmum whose machete fell on him but left the wound to fester until it decayed.

Mr Appiah said apart from those cases, there were a number of child abuse cases the organisation had catalogued.

He said most of the cases the CRI had documented would shock the country when they were released.

"Like Maxwell, most parents attempt to keep abuse cases hidden from the public, while they resort to using family dialogue to settle them. This is very sad," he said.

Mr Appiah said the organisation would soon begin to take up the fight against parents or people who "decide to cover up abuse against children".

Mr Appiah said the lack of proper documentation and presentation of issues of child abuse cases largely affected the outcomes of cases within the country's judicial system.

He said, "However our judicial system must, as a matter of urgency, respond rapidly to issues against children, so that people who will commit such crimes in the future will be aware of the consequences".

He further called on Ministry of Gender, Children and Social Protection as well as other stakeholders to campaign against child abuse.

He ended by saying  "CRI is ready to collaborate with the ministry and any child-centred institution”.