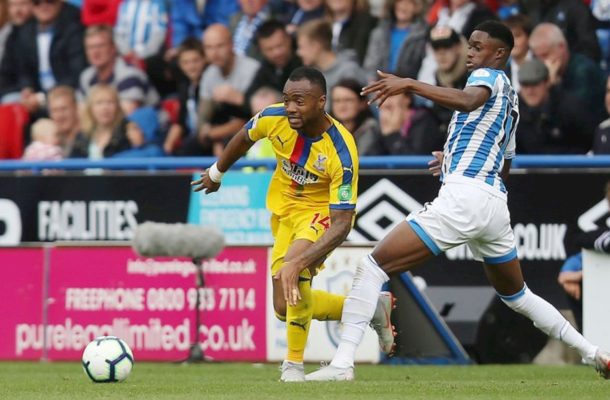 The 27-year-old arrived from Swansea on a season-long loan deal during the summer, but the Ghanaian international is yet to find the net in nine Premier League outings.

Despite the striker's failure to get off of the mark for the Eagles, Hodgson believes Ayew hasn’t done badly since arriving at the club.

"To be fair, Jordan Ayew hasn't done badly at all," Hodgson said, as quoted by Football.London.

"He has done well in the games and Alex Sorloth is coming back into some sort of form. So, at least, this year there are bodies and people competing for those places. This time last year, we didn't have that, and we were desperate to do something in the January transfer window, because we had a shortage of forward players.

"That is no longer the case, but it is important of course for the guys at the front of our attack who will be getting the goal chances, it is important that they do start to convert those chances into goals.

"The facts are there starkly in front of us to tell me we are not scoring enough goals. It is not because we are not creating goal chances, but we haven’t been as good in front of goal as we would all like. If we will bring in other strikers, I think it will depend on what happens with the players returning from injury," he added.