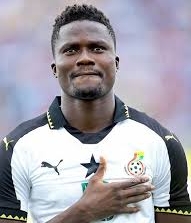 Black Stars defender Daniel Amartey has earned a return into the Black Stars for the first in 3 years, joining the team for the Morocco friendly.

Coach Charles Akonnor has handed a first call up to Leicester City defender Daniel Amartey as the starts prepare for the 2021 Afcon and 2022 World Cup qualifiers.

Amartey last payed for the Black Stars in September 2018 in an AFCON qualifier against Kenya before picking a carrier threatening injury that ruled him out of competitive football more some time.

The Star defender made a dramatic return to competitive football in December, featuring for the foxes in the Premier League, and the Europa League competitions.

On 18 February 2021, Amartey started in his Europa League debut for Leicester in a 0–0 away draw against Slavia Prague in the first leg of the Europa League round of 32 tie On 6 March 2021, Amartey scored his first goal for the Foxes in over four years, heading in a late winner to seal a 2–1 away league win over Brighton & Hove Albion.

His call up will be his first in many year for the National team, and will hope to made a kingly return for the double header clash against Morocco and Ivory Coast.

The 26 year old market his debut for the Black Stars in January 2015, playing  in all the group matches for Ghana at the 2015 Africa Cup of Nations, where the Black Stars finished as runners-up.