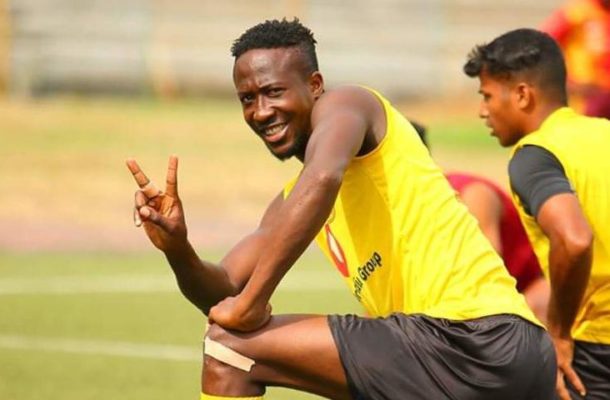 Accra Hearts Of Oak new signing Danjuma Ademola Kuti has blasted a critic of the Ghana Premier League, says he joined the Phobians to establish a relationship with a top club for "good publicity".

Kuti completed his move to the 2004 CAF Confederations Cup winners, as the club aims at strengthen their squad for the remaining matches of the season.

A critic on social argued there is more money in the Nigerian league than Ghana's.

The fan commented “Ghana Football, no money ooo. Nigeria Football is good” however in a quick rebuttal the Nigerian forward established the reason why he joined the former African champions.

In a response to a social media taunt, the 22 year says he is not the joining the Ghana Premier league for monetary reasons, 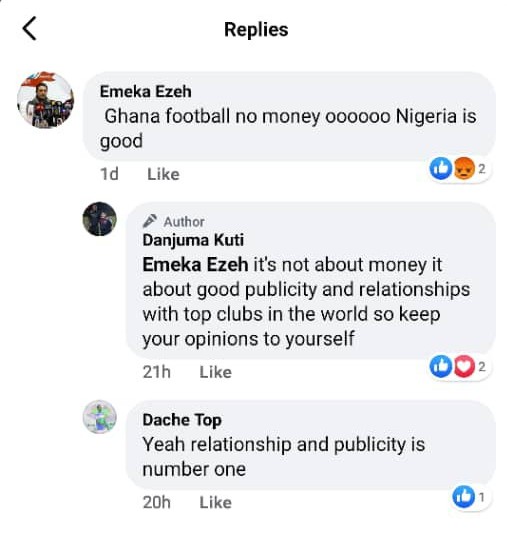 The lanky striker has signed a two-year deal with Phobians as the team continues to beef up their squad in the ongoing second transfer window.

Kuti has featured for Lobi Stars and Fujairah SC in the United Arab Emirates and has been clubless since October last year and is expected to join forces with Kofi Kordzi and Joseph Esso to lay assault on the Ghana Premier League.