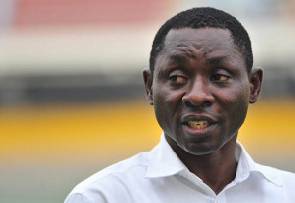 Duncan who started the season on the books of Asante Kotoko paid the ultimate price after a topsy-turvy start to the season.

The veteran coach has worked with Great Olympics, Hearts of Oak and AshGold in recent times.

The former Free State Stars coach is of the view that some clubs engage in matches of convince thus putting the credibility of the league in the air.

“People should desist from praising the outcome of the league because, in my opinion, it’s total rubbish,” the outspoken Duncan declared on Vision1 sports.

“How can a league result be pre-determined even before a ball is kicked? I don’t buy into this league being of the best we’ve witnessed in recent time.”

“ There should be no awards night to honour anybody because everything about the league was bogus. It was all kinds of negative things that are not permitted in association football.”