De Bruyne out for up to three weeks - Guardiola 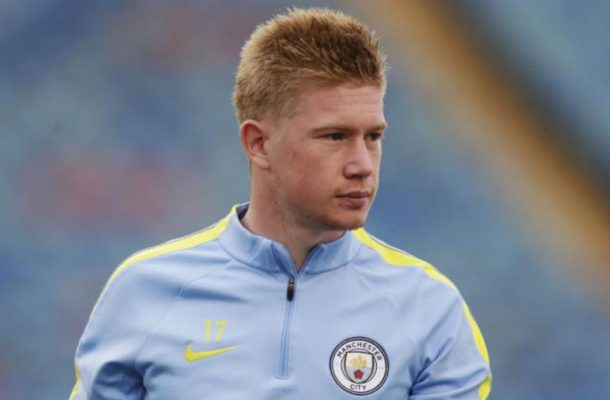 De Bruyne has enjoyed a stunning start to the season under Guardiola, scoring twice and providing six assists across all competitions as City have won all 10 of their competitive games.

He limped off during the closing stages of Saturday's 3-1 triumph at Swansea City, with initial reports suggesting the 25-year-old could be set for a month on the sidelines.

But speaking ahead of Wednesday's Champions League Group C match at Celtic, Guardiola confirmed the prognosis was better than expected.

"Kevin De Bruyne is not a big injury," he said.

"In two and a half, or three weeks maybe he will be ready."

The news does rule De Bruyne out of City's top-of-the-table Premier League clash against Tottenham on Sunday, along with Belgium's forthcoming World Cup qualifiers against Bosnia-Herzegovina and Gibraltar.

On the timescale outlined by Guardiola, the former Wolfsburg star could be in line to return for City's first game after the international break at home to Everton.

Playing for the first time since sustaining a torn thigh muscle in the last season's Champions League semi-final versus Real Madrid, Kompany injured his groin during the closing stages of the 2-1 EFL Cup third-round win at Swansea.

Both players travelled to Barcelona for treatment by specialist Dr Ramon Cugat, who Guardiola hailed as "the best doctor in the world".

On whether it was a risk to play a man with Kompany's fitness records for 90 minutes on his return, Guardiola added: "Yeah, maybe. He knew that.

"We spoke and said, 'when you don't feel comfortable'… I saw him in the last 15 minutes [looking] quite well.

"We are going to do our best to recover them as soon as possible." source:fourfourtwo.com