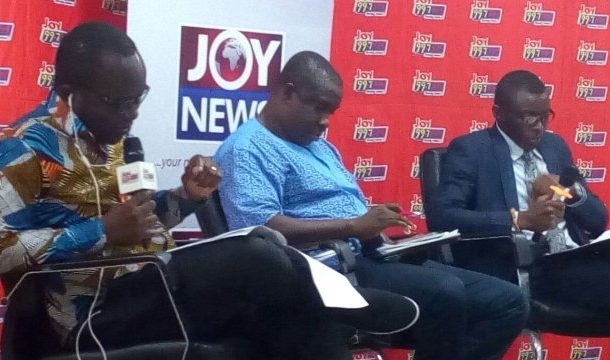 A ranking Member of Parliament’s Public Accounts Committee (PAC) says the Auditor-General, Richard Quartey should partly be blamed for the tardy way Audit reports are handled in Ghana.

George Loh says the pattern in which Audit reports are released “four years” later after incidence of malfeasance makes it difficult for culprits to be held accountable.

Speaking on Joy FM’s Ghana Connect programme held at the University of Professional Studies (UPS-A) Friday, Mr Loh said sometimes these culprits are either found to have died or have changed jobs making investigation and prosecution nearly impossible.

“How do you hold culprits accountable when they are dead?” he asked.

Mr Quartey has lamented the poor handling of previous Audit reports by the Committee which he said were undermining his work.

He had disclosed to Joy News on March 15 that because of the inaction of PAC, his outfit has been compelled to encourage the Ministries, Departments and Agencies (MDAs) to set up their internal Audit Recommendation Committee to implement his recommendations.

“It is quite frustrating and it appears as if amounts of money invested in the work that we have done are going down the drain,” he complained.

But Mr Loh, who also doubles as the Member of Parliament (MP) for North Dayi said no member of the Committee takes delight in delaying the implementation of the Audit reports.

He believes a timely release of the report would afford PAC the opportunity to exhaustively delve into the issues and ask culprits to refund money wrongfully taken from government kitty.

He observed that issues such as ministries accessing money outside their budget should not take place but because “we are running a human institution” it is bound to happen.

“What you must understand is that it is normal because government has been unable to raise all the taxes,” he said.

But Vice-Chairman of PAC, Samuel Atta Akyea said it is unforgiving to find out that apart from the difficulties the Auditor-General faces on the field he is also starved of funds.

He read a portion of the Audit report for 2013 in which the Auditor-General said his Auditors were forced to use their salaries to conduct the auditing but faced an uphill task in getting a refund from government.