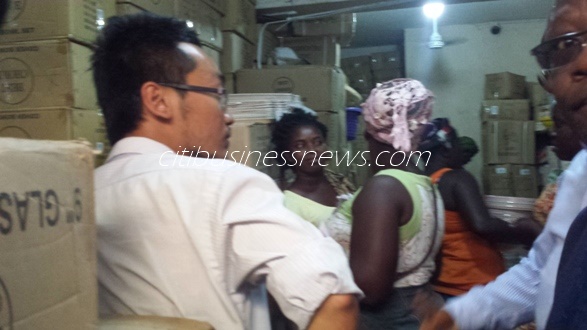 The President of the Ghana Union of Traders Association (GUTA), Barima Dr. Ofori Ameyaw I, has blamed the association’s inability to deal with the takeover of the retail business by foreigners, on administrative constraints at some state institutions.

He argued that several attempts to get the issue resolved, have been met with numerous demands for evidence to back such claims.Barima Dr. Ofori Ameyaw I’s comments come after the executives visited some shops of members who complained of the continuous stay of foreigners in the retail trade despite attempts to get rid of them.

“We have complained to the various government institutions about the influx of foreigners who have actually taken over our businesses. But whenever we have had such discussions, some top officials in government claim we haven’t gotten adequate evidence to back our case. That is why we went to the field to gather the necessary evidence and then submit to the ministry,” he stated.

The GUTA boss also recounted how previous consultations with the sector Ministry have failed to yield any positive result.

The traders have made several complaints to Citi Business News about their businesses nearing a collapse due to the invasion of the foreigners in the retail markets.

One of the traders who spoke to Citi Business News said, “The issue is really appalling; all our shops are empty and these Chinese are doing business. Meanwhile we are being harassed for tax payment, VAT and other expenses and yet we are not making ends meet,”

Another remarked, “You go to a Chinese shop and as you can see, people are buying because the goods are cheaper. Meanwhile we are the tax payers, we pay our tax and we have workers we pay yet we find it difficult to meet our operating expenditure”.

Meanwhile Barima Dr. Ofori Ameyaw I, says he is hopeful the issue will be resolved as soon as possible.