Desmond Tutu 'jovial as usual' after return to hospital 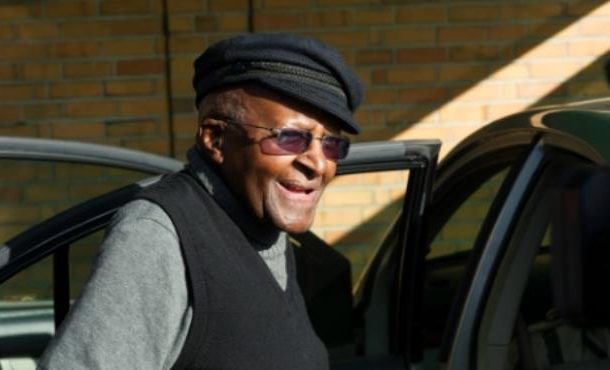 Cyril Ramaphosa visited Tutu in the Cape Town clinic where the retired archbishop, 84, was re-admitted on Saturday just three days after being released following three weeks of treatment.

"I was encouraged to see the Archbishop in high spirits, sharing light moments with his family and friends. He was jovial as usual," said Ramaphosa in a statement.

Tutu underwent a "minor surgical procedure" two weeks ago to determine the cause of a recurring infection.

He was also hospitalised last year over the infection, which was a result of the prostate cancer treatment he has been receiving for nearly 20 years.

His daughter Mpho Tutu-van Furth told reporters in Cape Town that the latest setback "wasn't completely unexpected, because previous therapies that he has had for prostrate cancer have retarded his healing."

She said he was responding well to treatment and was expected home again soon.

The much-loved former archbishop of Cape Town gained worldwide prominence for his strong opposition to white-minority rule in South Africa.