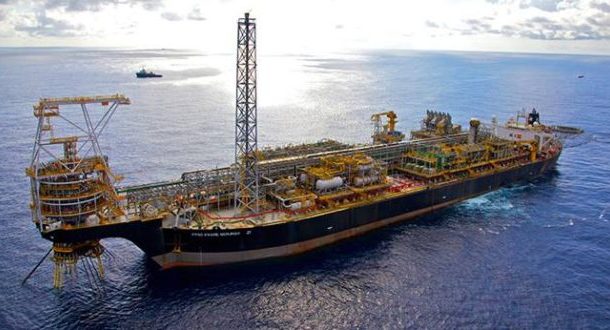   Energy policy analyst, Dr. Steve Manteaw is advocating that Ghana develops regulations to demand the basis and processes by which the Minister of Petroleum executes discretionary powers in the award of oil contracts.
 
5 years of oil production in Ghana: Debate over Heritage Fund resurfaces
He believes the provision of the new Petroleum Exploration and Production (E&P) Bill which grants discretionary powers in some cases will undermine other provisions that allow for competitive tendering in awarding oil contracts.
Dr. Steve Manteaw’s suggestion comes days after Parliament passed the E&P Bill to replace the PNDC Law 84 and align operations of the country’s oil and gas sector with modern and international practices.
“The way to check any potential abuse will be to require through regulations, that the Minister provides explanation in terms of how he has exercised that discretion in one way or another,” he told Citi Business News.
The passage of the Bill comes nine clear years after Ghana commenced commercial exploration of oil.
Civil societies including the African Centre for Energy Policy (ACEP) and the Ghana Extractive Industry Transparency Initiative (GHEITI), that have supported the new Bill, have among others cited the instances of corruption associated with the apparent lack of competitive bidding processes for contracts.
“With the discretionary powers, you expose the Minister of Petroleum to corruption and advances by interested players who may want to lobby him to ignore the outcome of a bidding round and award the contract to them. So it can be pretty dangerous even though there may be good reasons for assigning a minister those discretions,” Dr. Manteaw further explained.
A recent Africa Oil Governance Report released by ACEP indicated that nine out of the eighteen countries studied have adopted competitive bidding processes for the award of petroleum contracts.
At the time, Ghana was also among three other countries yet to adopt competitive bidding processes for the award of petroleum contracts.
Yet, six countries had no data on competitive bidding processes for the award of contracts.
Meanwhile Dr. Steve Manteaw has lauded the passage of the E&P Bill though he admits as being long overdue.
He intimated that the Bill is progressive for Ghana’s oil and gas industry.
“The good news is that the new law has taken a cue from the two issues and has made explicit provisions including the right of first refusal to Ghana if any of the companies in the upstream sector wants to trade its stake in the oil sector in Ghana.”