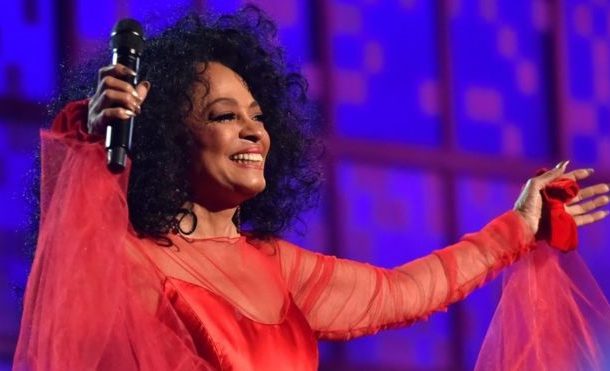 SOUL icon, Diana Ross is the first artist to be confirmed for the 2020 Glastonbury Festival.

The Motown star, who first found fame in The Supremes, will play the coveted "legend slot" on Sunday June 28.

She follows in the footsteps of Dolly Parton, Lionel Richie and Kylie Minogue - whose set this June became the most-watched Glastonbury moment of all time.

Ross, who is celebrating her 75th birthday with a US tour, said playing the festival was "a dream come true"

That gig, at Petworth Park in Sussex, reportedly ended after 50 minutes when the singer took exception to fans filming the show on their phones.

Assuming she avoids a repeat of that incident, Ross's Glastonbury set is bound to be a major crowd-pleaser.

The diva has decades of hits to draw on, from 1960s Supremes classics like Baby Love and Stop! In The Name Of Love, to her solo disco reinvention on such 1980s hits as Upside Down and I'm Coming Out.

"To all my fans across the world, this is my tribute to you," the singer said. "Every concert feels like a private party. I can see your eyes and feel your hearts. I'm coming to Glastonbury, with love."

Next year's Glastonbury takes place from June 24 to 28. The event sold out in just 34 minutes last weekend, although there will be a chance to purchase returned tickets in April 2020.

Next year will be the festival's golden anniversary, marking 50 years since Michael Eavis first invited 1,500 hippies to his farm Pilton, Somerset, to watch acts like Al Green, Wayne Fontana and headliners T Rex.

Headliners have yet to be announced, but acts rumoured for the top of the bill include Sir Paul McCartney, Fleetwood Mac and Taylor Swift.

One band who won't be taking part, however, is Abba. Asked if the quartet would ever consider reforming to play the legend slot, Bjorn Ulvaeus told BBC Radio 2: "Oh, no. It's a straight, straight no.

"We recorded some new songs and you'll probably hear them next year, at least one of them," he told Nicky Chapman, who was sitting in for breakfast host Zoe Ball.

"But that's quite a different thing from going through the hassle of rehearsing and - just one show, it would be the same as doing a whole year of tours," he added. "It would take 10 years out of our life."