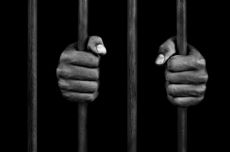 An Accra District Court has remanded into Police custody a driver for allegedly killing General Sergeant Owusu Appiah, a Police officer at Ayikai Doboro when the officer attempted to remove his ignition key.

Charles Appiah is alleged to have caused damage to a vehicle after driving on the shoulders of the road on the Accra Nsawam road.

In his bid to escape from the accident scene, Sergeant Owusu Appiah tried to pull out the car’s ignition key but Charles drove off the cab which led to the death of the officer.

Charles whose plea was not taken is facing various charges of dangerous driving, careless and inconsiderate driving, negligently causing harm and failing to report accident and failing to attend to the injured in an accident scene.

Prosecuting, Chief Inspector Issifu Abudu said on April 18, this year, at about 2030 hours, Charles Appiah was driving a Hyundai Taxi with registration number ER 871-18 from Accra towards Koforidua.

Chief Inspector Abudu said on reaching a section of the road at Ayikai Doboro, few meters to a Police barrier, Charles who was driving in the inner lane on the Accra-Kumasi Highway, run into a Toyota Corolla with registration number GW 5912-Z being driven by one Anita Nyarko Yirenkyi, a journalist causing damage to both vehicles.

Prosecution said the accused without caution overtook the Toyota corolla on the edge of the road.

According to prosecution, the accused then attempted to abscond from the accident scene but Sergeant Owusu Appiah who was on duty at the Police barrier apprehended him.

The prosecution said Charles aggressively drove to a distance and in the process the Police officer’s head got smashed against a concrete culvert.

The accused realising the harm caused the Police officer escaped towards Koforidua.

Sergeant Owusu Appiah who got injured was rushed to the Amasaman Government hospital for treatment but was referred to the Police Hospital and later to Korle-Bu Teaching Hospital where he died shortly on arrival.

Prosecution said the Police officer’s body has since been deposited at the Police Hospital Morgue.

Two days after the incident, prosecution said Charles was arrested by the Police.