Divorcing man applies for custody of the breasts 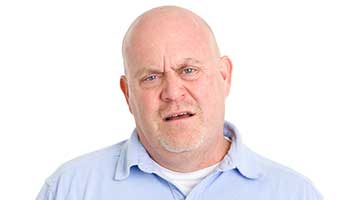 Local man Simon Williams has applied for custody of his wife’s breasts as part of his divorce settlement.

Describing the breasts as being of ‘great sentimental value’ in his submission, Simon said he’d happily give up any claim over the house for full custody.

Alternatively, his wife can have the car in return for access at weekends.

“Those breasts have been with me through thick and thin; a rock in times of needs and a pillow in times of comfort. My quality of life will decline substantially if I lose custody.”

“It’s actually ironic,” he told us. “Considering one of the reasons I’m getting divorced at all is because I said I’d like her breasts custardy.”

However, Simon’s soon to be ex-wife has angrily rejected the request, saying that his failure to grant her exclusive possession of his ‘bits and bobs’ during their marriage undermined his position.

Lawyers in the case have suggested that they hold the breasts until the situation is resolved.