Do away with favouritism and allow C.K Akonnor to work - George Afriyie 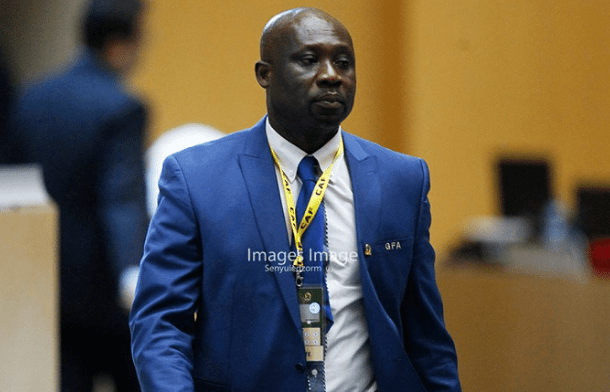 Recently during Ghana's last two AFCON qualifiers there was confusion with some calls up with reports suggesting that some top officials of the GFA were influencing coach C.K Akonnor's call ups.

There were reports in the media that officials of the Ghana Football Association were imposing players on the Black Stars coach something which the GFA President has denied.

The 2019 GFA Presidential elections contender says that the GFA must hand C.K Akonnor the free room to operate as coach of the side.

"We should take away favoritism, it will not help the Black Stars," he told Muftawu Nabila Abdulai.

"Since we have opted to have one of our own, let us leave him to work and give him all the support.

"C.K Akonnor must have his peace to work. I f he fails we will all see it." he added.