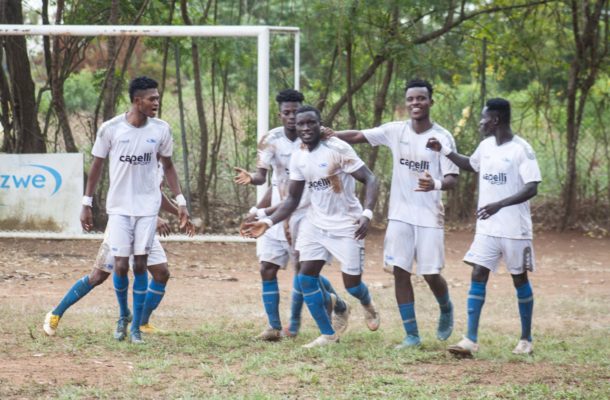 Richard Dzikoe scored his 7th goal of the season for Oda Kotoku Royals in a 1-1 stalemate against Accra Lions FC on match day 13 of the National Division One League.

It was indeed a fairly balanced game between the two top teams in Zone three as Accra Lions headed into the break with a 1-0 lead.

Back from recess, Kotoku Royals pulled parity through Richard Dzikoe in the 67th minute. The two sides worked hard in search of the equalizer but chances were far and few as the game ended 1-1.

The score line leaves the top two spots unchanged as Accra Lions continue to sit at the top of the table with 28 points, one point ahead of Kotoku Royals who are in second place with 27 points.

Elsewhere at Akropong, Tema Youth fought back to snatch a point against Phar Rangers. Samuel Atta Kumi drew the first blood for Phar Rangers in the 18th minute but his goal was cancelled by Dennis Hutor on the hour mark to bring the game level.

Zone Three scores at a glance: 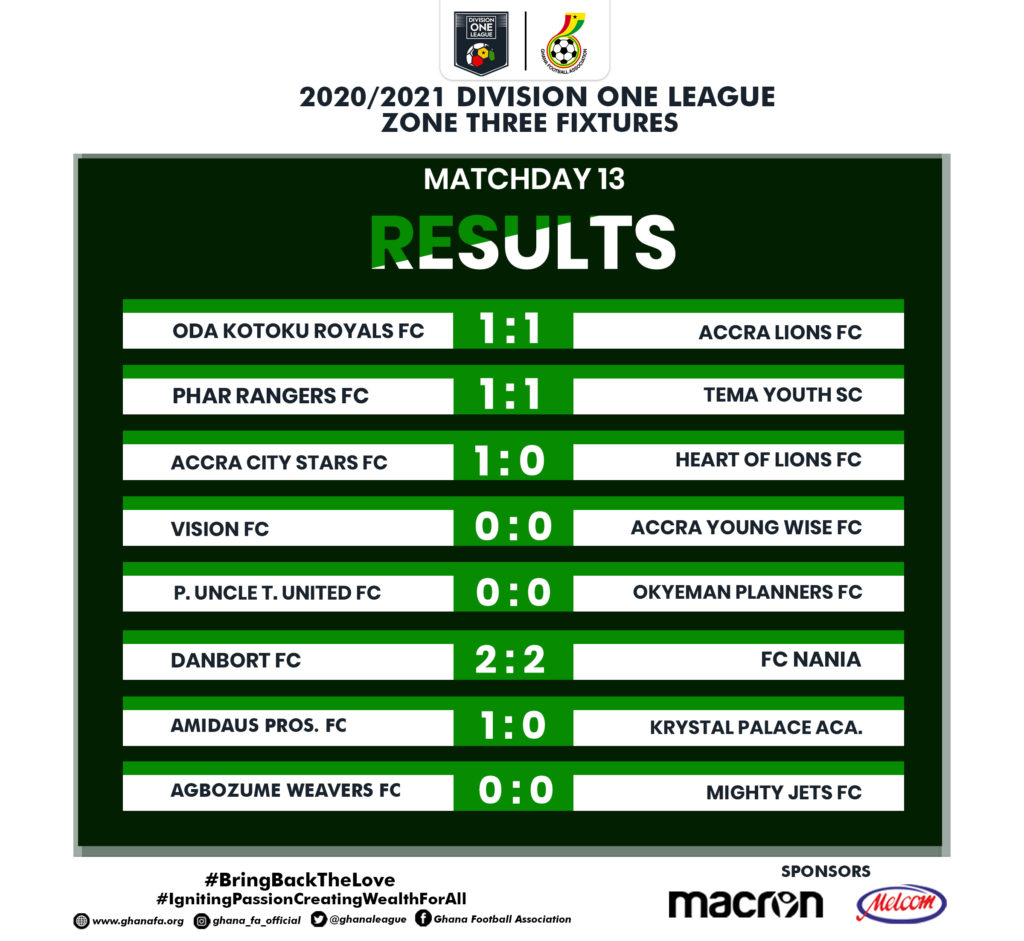