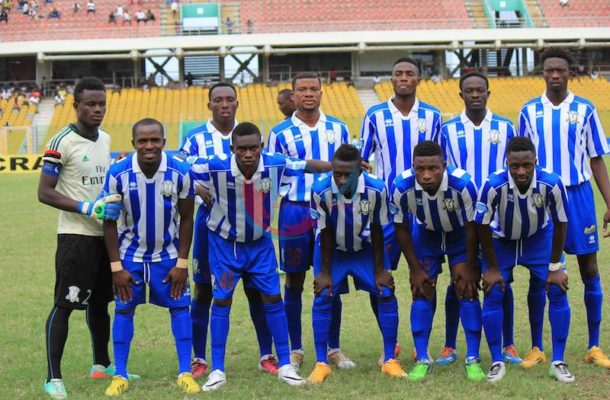 Kintampo FC recorded yet another jaw dropping performance to upset Bolga All Stars in their Match Day Two Division One League fixture in Tamale.

Kintampo FC who suffered a 1-0 loss to Mighty Royals needed to bounce back from the opening and it happened in grand style at the Aliu Mahama stadium as they smashed Bolga All Stars 7 -4.

Mbossan sulley was the star of the match after he scored a hat-trick for Kintampo FC. The top marksman scored in the 48th, 58th and 86th minutes deliver the three points for the visitors.

Bolga Stars took off very well with a 2nd minute goal through Aaron Yinpoya but Yussif Agyarkwa cancelled the lead in the 4th minute. Kassim Sule also got his name on the score sheet with a double on the 17th and 43rd minutes to cap a fine afternoon.  Hussein Issah then added the insult to injury as he drilled home the 7th goal for Kintampo FC.

Elsewhere in Berekum Arsenal recovered from their opening day heavy defeat to Tamale City as they accounted for Wa Yassin 2-1 at the Golden City Park. Kusi Pandrous and Oteng Benedict scored for Arsenal while Mezack Afriyie got the equalizer for Wa Yassin.

Giants B.A United also stopped Unity FC at home as they beat them 1-0 on Sunday. George Yeboah Osei scored the only goal of the match in the first half  to get back to winning ways after the opening day home defeat to Nsoatreman FC. 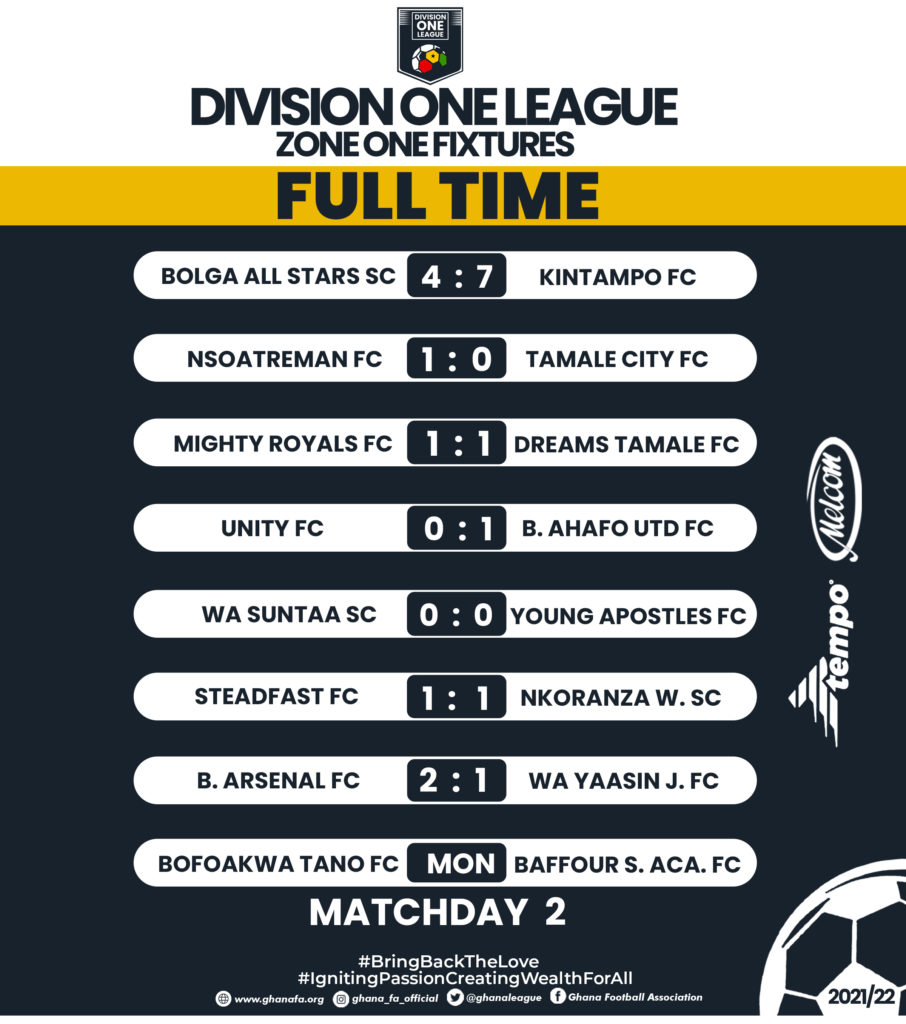