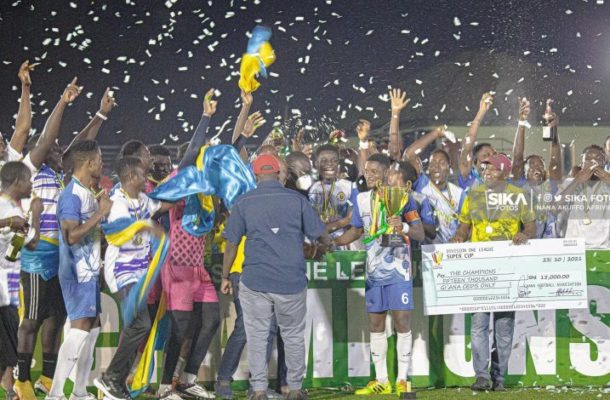 Nzema Kotoko will aim to make it two out two when they take on Soccer Intellectuals on match day two of the Division One League after beating Pacific Heroes 2-1 in Kumasi.

The opening day win has given them a boost going into their second game at home this weekend. Soccer Intellectuals – debutants in the Division One League suffered a home defeat in their opening match as they lost 2-0 to Basake Holy Stars.

David Cobbinah and Francis Attitogbe netted for Nzema Kotoko to give them a delightful away victory at the Baba Yara Sports stadium in Kumasi. They head into the game buoyed by the win against Pacific Heroes and will start the match as hot favourites for the three points.

Hasaacas recorded a 2-1 win against Unistar Academy at the Gyandu Park at Sekondi. Seidu Abdulai scored the winning goal for Hasaacas after Eric Arthur has cancelled Clement Asiedu’s first half strike for Unistar.

Future Stars narrowly lost to Swedru All Blacks – and would aim for their first win in the Division One League after gaining promotion this season.

Former Premier League Ebusua Dwarfs who surrendered a first half lead to draw 1-1 with Bekwai Youth Football Academy will clash with Pacific Heroes at the Cape Coast stadium. Dwarfs have one thing on their mind - and that is to make a quick return to the Premier League after suffering the drop last season.

The Fixtures are captured below: 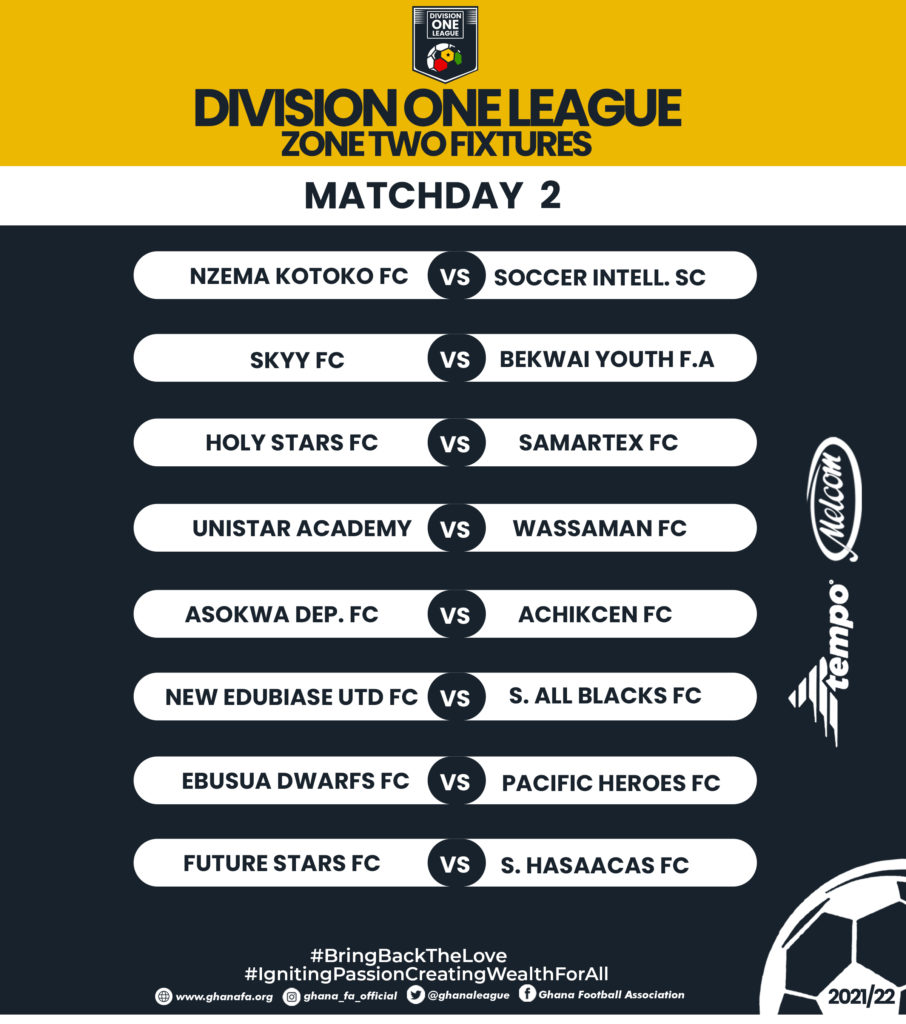