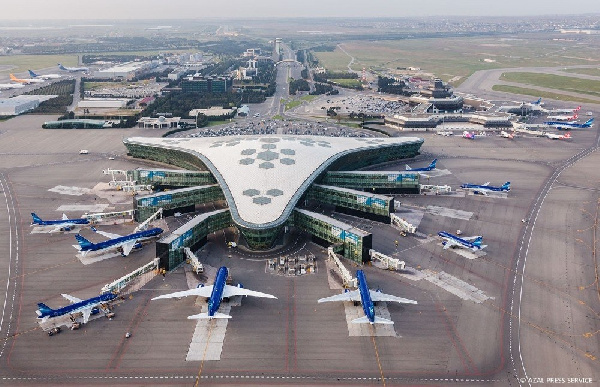 A Senior Lecturer at the Department of Economics at the University of Ghana Dr. Ebo Turkson says the promise by the opposition National Democratic Congress to construct a domestic Airport in the Upper East region is needless.

According to him, the region has pertinent needs which do not include an airport.

Former President John Dramani Mahama while unveiling the manifesto of the NDC for the December polls said: “We will construct a domestic airport in the Upper East region,” adding “the land was secured when I was President and so we will continue with it.”

The former President also stated that the Kumasi Airport will be upgraded to receive bigger aircrafts adding that various markets across the country will see a facelift using the Kejetia module.

Reacting to the promise, the economist said the NDC must prioritise job creation which is of value to the residents of the region.

“I don’t think an airport in the Upper East is necessary. The people have a lot of actual needs I don’t think an airport there is one of them. Let us prioritise and create jobs, that is key. There are things that are more critical for the economy than airports. When you go and ask the people there they will tell you it is the least of their priorities and I will urge the NDC to forget about that,” he told Morning Starr host Francis Abban.

He also challenged the NDC to prove to Ghanaians how they will revive and handle the economy if they are given the opportunity.

“The NDC will have to let Ghanaians know the specific policy they’ll use in recovering the economy beyond COVID. This is not to the NDC alone, but to the NPP as well. To be very honest with the NDC, they need to let us know what they’ll do to recover this economy when we survive COVID and they’re the next government in power. There are people who work their entire lives in the informal sector, they go on pension and there’s nothing for them”.