Donald Trump appeals to black voters: ‘What do you have to lose?’ 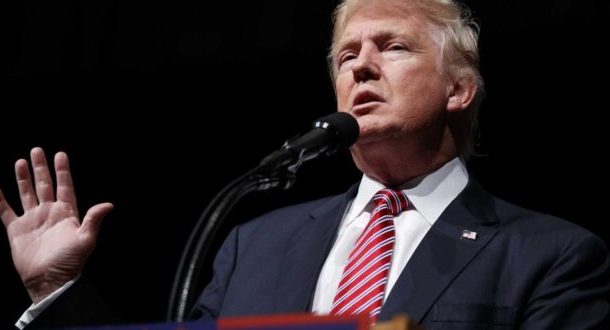 Republican presidential candidate Donald Trump has made a direct appeal to African-American voters, saying “What do you have to lose?”
Mr Trump told a nearly all-white audience in Michigan that black voters “are living in poverty” and their “schools are no good”.

He promised to “produce” for African-Americans where Democrats had failed.

“If you keep voting for the same people, you will keep getting exactly the same result,” he said.

He said his opponent, Democrat Hillary Clinton, “would rather provide a job to a refugee” than to unemployed black youths, “who have become refugees in their own country”.

Mr Trump also predicted he would receive 95% of the African-American vote if he went to on to run for a second term in 2020.

President Barack Obama, historically the most popular president among African-Americans in US history, received 93% of the black vote in 2012.

Mr Trump has suffered from dismal support among African-Americans.

Current polls show about 2% of black voters say they will vote for the New York real estate developer.

The Trump campaign relationship with the black voters thus far can be described as rocky at best.

Mr Trump came under heavy criticism after he took days to distance himself from a former leader of the Ku Klux Klan who endorsed him.

On several occasions, African-American protesters have been assaulted by Trump supporters at rallies. A New York Times investigation found supporters frequently use racist language at rallies.

The Friday speech was the third time this week that Mr Trump sought to appeal to African-American voters.

Some analysts say Mr Trump, trailing badly in national polls for weeks, desperately needs to broaden his appeal beyond his base of white working-class voters.

However, many commentators on Twitter were perplexed by Mr Trump’s approach in courting these voters.

“This is Trump’s SALES PITCH to black voters, ostensibly. Telling us we’re dumb, broke suckers who have no jobs is the best he could do,” Jamil Smith, a black reporter for MTV News, wrote on Twitter.

Earlier on Friday, Mr Trump announced that Paul Manafort, a seasoned political operative who led his campaign for the past three months, had stepped down.

The moves effectively demoted Mr Manafort, whose links to the pro-Russian former Ukrainian government of Viktor Yanukovych have drawn scrutiny in recent days.