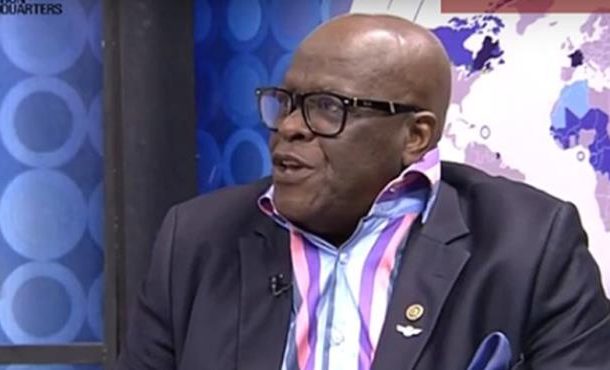 Security Analyst, Wing Commander (retd) Nene Patrick Sogbodzor, has advised the Police administration to strive for a good relationship with residents of Donkokrom when personnel is redeployed to the area.

He says the violence that ensued in the Eastern Region town following the failed armed robbery attempt of a GCB Bank bullion van in the area can be attributable to a poor rapport between police and residents.

“When you have a cordial relationship then trust comes in. The next information you need you get it,” he advised.

He was speaking Wednesday on PM Express on the Joy News channel on the Multi TV.

Angry residents of Donkokrom, the capital of Kwahu North district in the Eastern Region torched the police station last week during to protest the escape of two police officers who were arrested for their involvement in a failed robbery operation of a GCB Bank bullion van.

The Inspector General of Police (IGP) John Kudalor subsequently withdrew his men from the town citing the need for safety of personnel, a move that has been condemned as unlawful.

After the re-arrest of the escaped police officers , the police administration said it will redeploy personnel to the area after an assessment of the security situation of the town.

Speaking on PM Express, Wing Commander (retd) Sogbodzor said his own assessment of the situation in the town points to a lack of confidence in the police by residents.

He said police can build trust by engaging in recreational or sports events with residents without losing sight of their mandate to maintain law and order.

Executive Director for Bureau of Public Safety, Nana Yaw Akwada, who also spoke on the programme said police must build trust not only among Donkokrom residents but in every part of the country. He said the incessant killing of innocent people by police during operation, coupled with their refusal the publish the reasons for such incidents works against their credibility.

“Police must make public their guidelines for [dealing with violent crowds] so at least people will understand when they are crossing the lines,” he adds.