Don’t allow yourselves to be disrespected – Jane Naana to ‘Kayayes’ 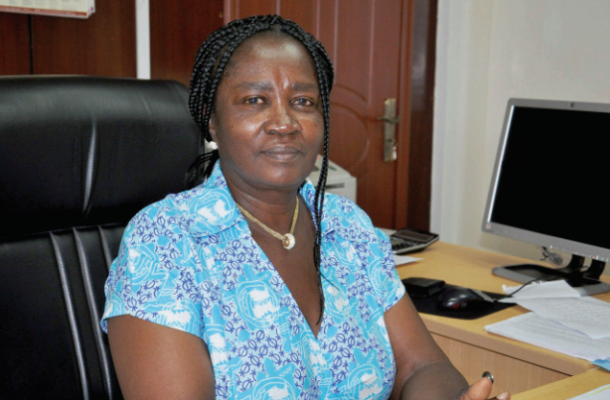 The runningmate of the opposition National Democratic Congress (NDC) Professor Jane Naana Opoku-Agyemang has charged head potters popularly known as ‘Kayaye’ not to allow themselves to be disrespected following jabs from NPP General Secretary, John Boadu, after her nomination.

Speaking during a visit by the minority women caucus to congratulate her following her nomination, the former UCC VC asked the Kayayes who were present to protect their dignity.

Prof. Opoku-Agyemang’s comments follow assertions Mr Boadu that only head potters will recognize her in public if she decided to take a tour in Accra.

Mr Boadu made the assertion to indicate that the NDC runningmate was unpopular and not recognizable among Ghanaians.

In her remarks, Prof. Opoku-Agyemang further assured of inclusive governance by a future NDC administration.

“I want you to know that your name is not Kayayei, you have proper names, you deserve the respect like anybody else, don’t let anybody to disrespect you. Without you, our society will not be what it is.

“Believe that whatever you are doing in whatever category it is as important as any level, so be confident in yourself. If you didn’t get there, let children be there.”