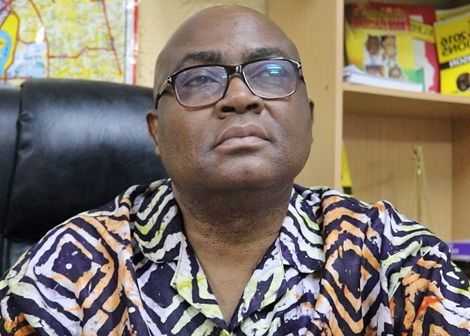 Pollster Ben Ephson has advised members of the governing New Patriotic Party to retain their national executives who brought the party to power as they go to the polls to elect new officers in June.

Acting national chairman of the party Freddie Blay, under whose watch the party came to power, is being contested by veteran Steven Ntim and Alhaji Short, who is deemed the favorite of President Akufo-Addo in the race.

Over the weekend, the party held elections to elect new regional executives which retained majority of incumbents.

Commenting on the polls, Mr. Ephson told sit-in host of Morning Starr Kwaku Obeng Adjei that the NPP is better of maintaining the winning team.

“You don’t change a winning team. It’s safer because at least you know they brought you to power,” he said.

The Daily Dispatch newspaper editor also noted there is nothing wrong with the president having a favorite in the race.

“Everybody in the executive have their own favorites. The President’s support for Alhaji Short was not public but Ntim leaked it. The party would have to try and embark on reconciliation campaigns but it’s going to be difficult”.

Stressing on the candidates, Ephson said the tension between Mr. Ntim and Freddie Blay inures to the advantage of the acting chairman.

“If Ntim wins he would not try and disturb the presidency. So it’s dawned on the people not to allow the Jubilee House candidate to win. The national would see whether the Jubilee House candidate would triumph or not. Ntim is inadvertently giving Freddy a very good unified advantage, the verbal clashes between the two candidates would go a long way to help Freddy Blay’s candidature”.