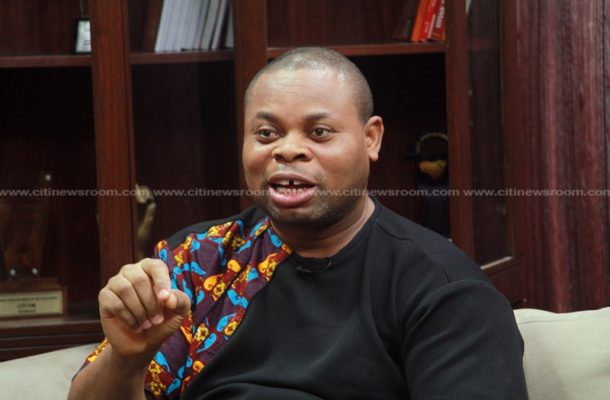 President of Think Tank IMANI Africa Franklin Cudjoe has told the Judges in the country that they cannot gag the public from criticizing their rulings and work in the court of law.

According to him, so far as Lawyers go for appeals and reviews on rulings made on issues, there is the need for the public to call out Judges when their rulings are seen as unfair.

To him, what the Judges need to do about vile comments about them is not to gag critical voices of their work but rather focus on dragging individuals who make unsubstantiated claims about their work.

He indicated that this will bring sanity but not trying to gag people who make constructive criticisms of their work.

Franklin Cudjoe said: “Lawyer Thaddeus Sory is a great brain. He is lawyer for Judges, who through him have given a stern warning to all media houses not to publish vile, hateful and incendiary comments against Judges who are just doing their work. Frankly some parts of that letter to media houses were condescending. However, we have taken the lesson, but will they also stop listening to everyone who writes about them? They should just find a few rogues who really say things they can’t prove in court and punish them, then all others will stop. I have used that formula recently and it works.

. However, they cannot tell us that we cannot say there has been unfair rulings ever- else what would be the need for appeals and reviews? Thanks to Anas Aremeyaw Anas we heard some Judges love goats too. We all love goat pepper soup”.

Read Below The Letter From The Judiciary

TO ALL MEDIA HOUSES,

RE: INCENDIARY, HATEFUL AND OFFENSIVE STATEMENTS AGAINST MEMBERS OF THE JUDICIARY.

1. We write as solicitors for and on behalf of the Judicial Service of Ghana (simply referred to hereafter as “our client”) and upon whose instructions we write you this letter.

2. We have been instructed by our client to communicate to you, and we hereby do, its concern regarding the lack of discretion and responsibility on the part of some Media Houses in Ghana.

4. This concern has been heightened by the flurry of statements and speeches directed at our client’s Justices, especially after the commencement of hearing of the election petition in the suit intituled John Dramani Mahama v. Electoral Commission & Nana Addo, numbered writ no J1/15/2021.

5. The fact that these statements and speeches directly mention some of the Justices hearing the petition apart, a number of your publications directly insinuate that the decisions of the Justices presiding over the matter are motivated by factors outside legal principles and proper judicial consideration.

6. The focus of the statements and speeches therefore patently insinuate that the decisions are motivated by matters unrelated to the rules and principles in accordance with which justice is delivered but are motivated by corrupt factors and devoid of any legal justification and/or reasoning.

7. The point above made is vindicated by a very cursory reading of a number of the statements and speeches published on some of your platforms on the decisions of the Court with regards to the election petition most of which reveal without a shadow of doubt that there is no attempt whatsoever to objectively analyze and discuss the Court’s decisions.

8. Our client has instructed us to inform you and we hereby do, that publications of the kind published on your platform are dangerous to the Ghanaian society and our democracy as a whole not only because they obviously sow in the minds of the unsuspecting members of the public, false notions that the justice system is a sham and should not be trusted, but actually provides a foundation for lawlessness, as it is clearly suggests to Ghanaians that they should no longer have confidence in the judicial system, with the following implications being obvious from such statements and speeches;

i. The statements or speeches threaten our constitutional order and democracy as an important arm of government is being vilified and disparaged with impunity.

ii. The statements and speeches interfere with the due administration of justice as Justices of our client are threatened with ominous consequences following their decisions which do not meet the expectations of some members of the society.

iii. The statements and speeches bring the administration of justice into disrepute as unsuspecting Ghanaians are being deliberately misinformed and manipulated to believe that the justice system is perverted and lacking in credibility.

9. Having said that, we have been instructed by our client to make it clear to you that whilst our client acknowledges that a large membership of the public are interested in the proceedings for which reason they are constantly following same and are permitted to express their views on the proceedings, it is unacceptable to publish on your platforms, speeches and statements and publications which excite anger, hate and passion against the Justices presiding over the election petition whose only involvement in the matter arises from their obligation to perform their constitutional duty of determining the dispute between the parties which must necessarily go one way or the other.

10. Our client accordingly acknowledges the fact that in the delivery of justice, persons interested in the proceedings in one way or the other and who do not find the decisions of the courts favourable, are usually unhappy but hastens to add that in a civilised society such as ours, which is regulated by law, the expression of dissatisfaction with decisions of the courts must be dealt with in accordance with the same rules which accord persons the right to access the courts and no more.

12. Our client’s concerns above stated is justified when account is taken of the fact that Ghana’s history has singularly and despicably recorded the inhumane abduction and callous murder of Justices of the Superior Courts of the Judicial Service for which reason all and any acts and omissions which threaten officials of our client must be treated with the highest level of seriousness and dealt with according to law which undeniably forbids such threats to the person and property of Justices of our client and also ensuring that the dignity and respect in which our client’s Justices duties are constitutionally encapsulated, is not undermined.

13. We have particularly taken note of the fact that Justices of our client have in the discharge of their constitutional duties, affirmed, and enforced the right to free speech and by reason thereof, accommodated a reasonably wide latitude in so far as criticisms of the administration of justice is concerned the reason for which all judicial proceedings including the election petition, are conducted in public, thereby providing a platform for free public debate on the proceedings.

14. In the light of the foregoing, we have our client’s instructions to demand, and we hereby so do that, as most responsible media institutions now do regarding incendiary and spiteful publications, you immediately,

i. pull or cause to be pulled down and cleared from your platforms, all statements and speeches which convey and/or insinuate hateful, spiteful, vengeful and incendiary communication against Justices of our client especially those hearing the election petition.

ii. prevent the publication of such statements and speeches on your platforms, and

iii. forthwith exercise the highest level of discernment, discretion and responsibility in so far as publication of statements and speeches regarding the administration of justice is concerned.

15. Our client’s demand above communicated to you is made against the backdrop of the law which advises that where the population consists largely of uneducated or not very well-informed people, it is necessary to take a stricter view of what criticism may be allowed of the justice system, the reason being that although the administration of justice must suffer the respectful though outspoken [not inciteful, hateful or spiteful] comments of ordinary men, it must not be adversely interfered with and/or brought into dispute.

16. We must notify you, and we hereby do, that should you fail to heed our client’s demand as specified in paragraph 14 above, we have our client’s instructions to take appropriate action to ensure that you do not abuse the right to free speech by deploying and/or permitting your platform to be deployed in a manner that not only threatens our constitutional order and democracy, but obviously, adversely interferes with the due administration of justice and also, brings it, into disrepute.