DR Congo rebel leader back in court after hunger strike 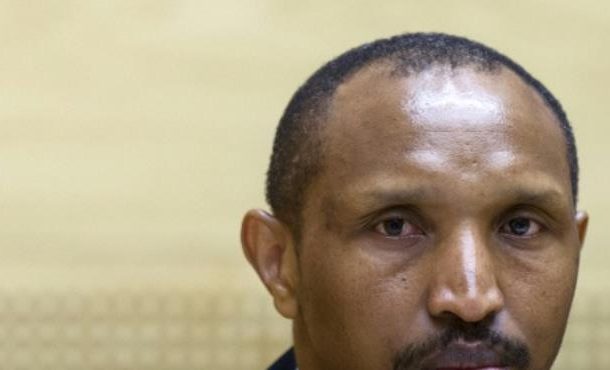 Congolese former rebel commander Bosco Ntaganda was back in court Friday for the first time after ending a hunger strike that sparked a two-week stand-off with judges at his war crimes trial.

Looking drawn and dressed in a dark suit, Ntaganda took his place in the dock behind his defence lawyers at his trial in the International Criminal Court, with a witness giving testimony.

The once-feared rebel leader from the Democratic Republic of Congo is on trial at the Hague-based ICC, where he has denied 18 charges of war crimes and crimes against humanity.

But saying he was "ready to die", Ntaganda had decided to refuse food "in the ultimate act of protest" lawyer Stephane Bourgon said earlier this month, after judges maintained tight restrictions on his visitors saying they feared he might tamper with witnesses.

Ntaganda however ended his hunger strike last week after winning permission to appeal the judges' decision and after arrangements were made for him to see his wife, Bourgon said.

Once dubbed "The Terminator", Ntaganda, born in 1972, has denied the charges arising out of savage ethnic attacks carried out in DR Congo by his rebel Patriotic Forces for the Liberation of Congo (FPLC) in 2002-2003.

His trial opened in September 2015 after he walked into the US embassy in Kigali in 2013.

The eastern Democratic Republic of Congo has been mired for two decades in ethnically-charged wars, as rebels battle for control of its rich mineral resources.

Prosecutors say Ntaganda played a central role in the Ituri conflict in the far northeast which rights groups believe alone has left some 60,000 dead since 1999.