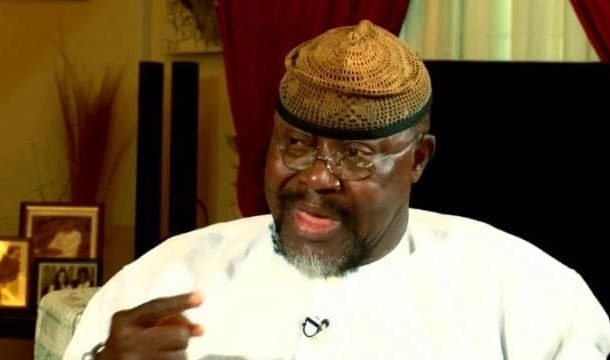 A former chairman of the Ghana Football Association (GFA), Dr Nyaho Nyaho Tamakloe has indicated that he is not a fan of the work of acclaimed investigative journalist, Anas Aremeyaw Anas.

The former GFA thus wants Ghanaians to treat with contempt the releases from Anas and his Tiger Eye PI team.

Asempanews  reports that Dr. Tamakloe doubts the integrity of Anas Aremeyaw Anas, insisting that the journalist a dishonest person who does not have the interest of Ghanaians at heart.

Considered by many as a Ghanaian statesman, Dr Tamakloe joins Kennedy Agyapong as the two of the most high-profile critics of the work Anas Aremeyaw Anas.

Dr Tamakloe has also been a vocal critic of the government of Nana Akufo-Addo although he is also a member of the NPP
He maintains Anas can easily be compromised since his documentaries are first seen by government officials and even the prime suspects before they are shown to the general public.

Dr Tamakloe is quoted as saying: “I still insist that none of the people who saw the tape should have seen it before it came out.

The former GFA boss hoped that Ghanaians would be careful before taking any punitive actions against people accuse by Anas' work.

Dr Tamakloe is an avowed member of the New Patriotic Party. But he has made waves in recent times with his harsh criticism of the Akufo-Addo government.