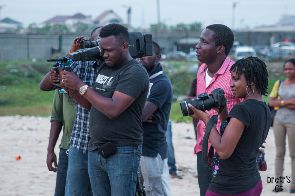 Now he has kicked off his music video directing career with 2013 Headies Awards Rookie of the Year, INK Edwards in his love-themed single, ‘Got My Heart‘.

In the soon-to-be-released video, Dr Sid creatively uses his fresh knowledge in directing the visuals for the love song.

Back in 2015, Dr Sid released his first short movie which was shot for his final project at the New York Film Academy.

He now joins Banky W, who directs most of his music videos after acquiring skills in video directing from the same institution, as artistes who are video directors.