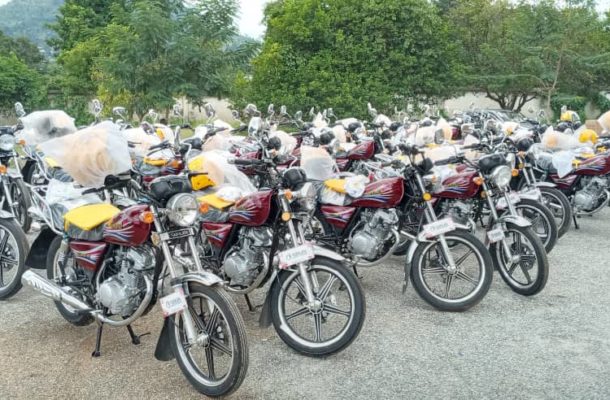 Ahead of the December general elections, the New Patriotic Party (NPP) campaign team in the Eastern Region, has received 35 motorbikes from the former Deputy Chief Executive Officer of Cocobod, Dr. Yaw Adu Ampomah.

Aside from the motorbikes, Dr. Adu Ampomah also donated 75 megaphones to the Eastern Regional Executives of the NPP.

Speaking after the presentation at a short ceremony held in the Eastern Regional capital, Koforidua, Dr. Yaw Adu charged the NPP to engage in a door-to-door campaign as according to him, this year's election will be different.

Explaining the rationale behind the donation, he said most of the constituencies do not have the logistics to embark on their operations so he considered it appropriate to provide motorbikes just so the campaign teams could embark on trips to all the communities to spread the good works of the NPP over the past three years. 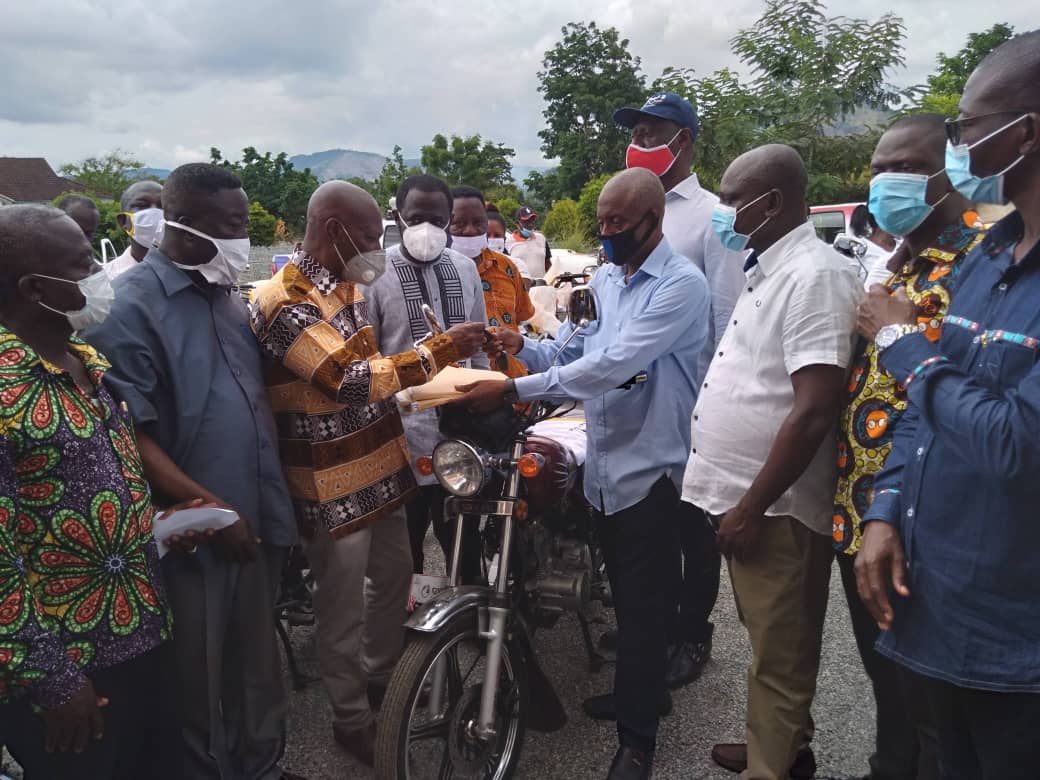 He said he was optimistic with the use of the motorbikes, they can reach a lot of people rather than inviting them to converge at a designated place before they receive campaign messages.

The Regional Secretary of the NPP, Mr Jeff Konadu who received the items commended tDr. Adu Ampomah for the kind gesture and promised the motorbikes will be used for the with which they were donated to pull the required votes for the party in the upcoming elections.

He disclosed that the regional executives upon receiving the motorbikes have disbursed them among 18 constituencies, particularly where the NPP has no MP, to aid them in their campaign ahead of the elections.

He, therefore, appealed to individuals especially those from the Region to emulate Mr Yaw Adu and donate to support the party the electioneering campaign.