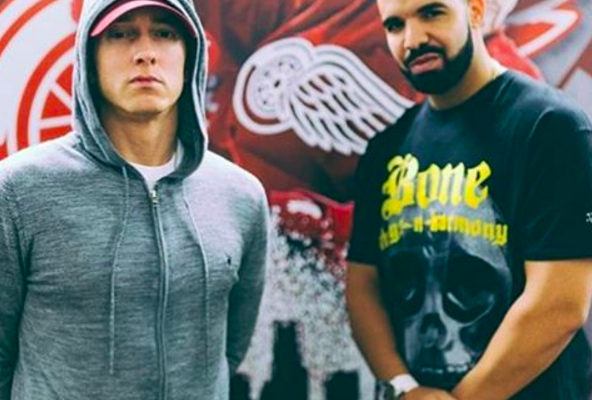 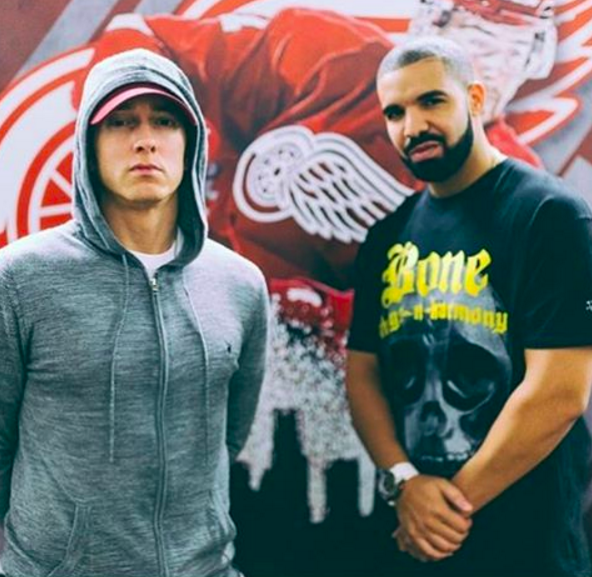 Earlier this month,a host on Hot 97, a New York based hip hop radio station, had a conversation about potential Drake and Eminem diss songs against each other because Eminem recently signed Joe Budden, a known enemy of Drake, to his label. It looks like the rumored feud between Drake and Eminem is just that – a rumor.

The 29-year-old Toronto native surprised his crowd by bringing out Eminem during the Summer Sixteen Tour stop at the Joe Louis Arena on Tuesday night (August 16) in Detroit, Mich.

They performed their 2009 hit "Forever". “Detroit, make some noise for the greatest rapper to ever get on the microphone; he goes by the name of Eminem,” Drake told the crowd. Eminem said, “It’s an honor to share the stage with this man right here.” So it looks like all is well between the two multi platinum selling artistes at least for now.