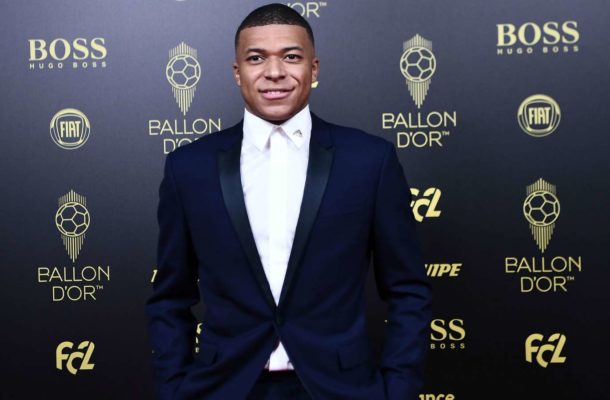 French born Ghanaian defender Dennis Appiah believes that Kylian Mpabbe has the talents to win the ballon dor after missing out on this year's edition.

Nantes defender Dennis Appiah has stated Kylian Mbappe has the "qualities to win the Ballon d’Or" after finishing sixth in this year's event which was held in Paris on Monday.

Appiah, in an exclusive interview with Goal, thinks it is achievable if the former Monaco hotshot remains fit.

"If he continues this way, without a problem, he will go very, very high. I find that he masters his career very well with his entourage," said the 27-year old of Ghanaian descent.

"Football, he knows. He knows how to play. He just needs to be not too often injured. He is a great player, who goes very fast, who has great physical qualities, who can score a lot of goals, so obviously he is the striker that everyone dreams to have."

"Of course he has the qualities to win the Ballon d'Or. He depends on what he wins, his state of form, his injuries, full of parameters ... In the past, we said that Neymar could win the Ballon d'Or and for the moment, he still doesn't. He needs to focus on what he's doing well with his club and the national team. With a little luck, he will eventually win it in the future."

Nantes tackles PSG at Parc des Princes in Ligue 1 on Wednesday night and Appiah is of the opinion the Loire-Atlantique-based club has a chance of upsetting the French capital club if they keep their heads up.

"We will have everything to gain for the chance, that's true. All this is to take this game seriously, with our qualities," he said.