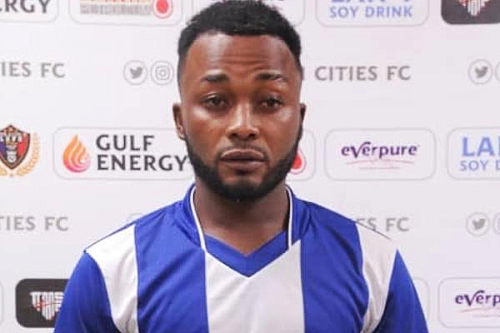 Great Olympics midfielder Gladson Awako is a man in demand as a lot of teams are circling for the signature of the player.

The former Ghana youth International has grown in leaps and bounds this season in the Ghana Premier League with his outstanding form.

He has been among the stand out players in the Ghana Premier League with almost all the big boys eyeing the midfielder.

Dreams have very lofty ambitions of becoming one of the elite clubs on the local scene and are intent on assembling one of the best squad in the league.

Awako has this season won a lot of individual awards after games and his good form is partly responsible for Great Olympic's good form.

Accra Hearts of Oak have already registered an interest in the player while Dreams FC have also made their intentions very clear.

It will be an interesting tug of war between the two clubs who are intent on augmenting their squad.