I drink only coconut water for my hunger strike - Maurice Ampaw 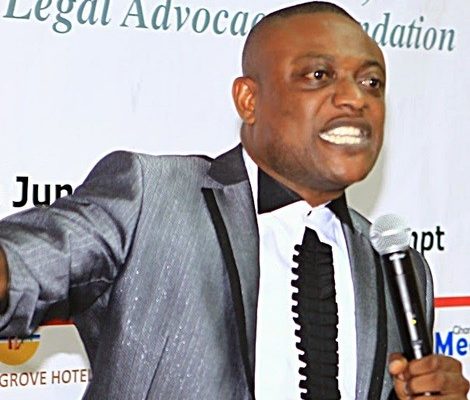 Private legal practitioner, Maurice Ampaw has revealed that he has been living on coconut water ever since he embarked on the 10-day hunger strike in protest of the release of the Montie trio.

He denied eating any food during the period which ends tomorrow August 30, 2016 insisting from dawn to dusk, he only takes in coconut water irrespective of where he is.

A livid Maurice Ampaw claimed he will not back down on his resolve to challenge the remission granted the trio even though article 72 0f the 1992 constitution gives the president such powers.

Maurice Ampaw who is on a nationwide anti-Mahama campaign to fight against his second term bid as well in the upcoming elections, told host of Abusua Nkomo Kwame Adinkra he will not rest until the decision of the president is reversed.

Contrary to earlier claims he would quit practicing as a lawyer for a year, he said he will instead campaign against the president.