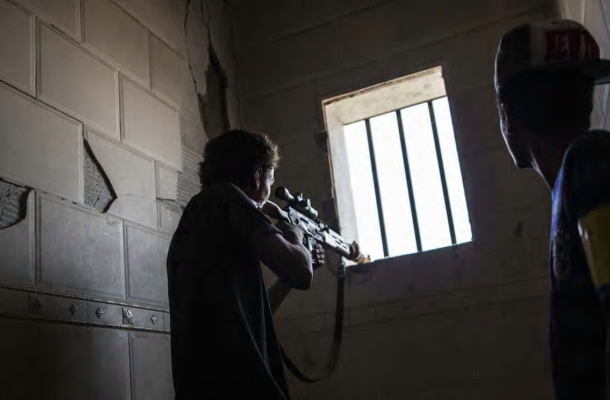 A sniper has fatally shot a Dutch journalist in the Libyan city of Sirte, Islamic State’s last bastion in the chaos-wracked north African country.

Jeroen Oerlemans was killed on Sunday while he was out with a team that clears mines in the part of the city that has been freed from Isis control, according to Dutch national broadcaster Nos and Belgian publication Knack. Both cited fellow journalist Joanie de Rijke of Knack, who was reporting with Oerlemans in Libya.

The Dutch ambassador to Libya, Eric Strating, tweeted: “Rest in Peace. Your photographs of #Sirte #Libya and other places will live on forever.”

Foreign minister Bert Koenders said in a statement that “Oerlemans is a journalist who kept going where others stopped. Driven to put the news into pictures in the world’s hotspots. It is profoundly sad that he has now paid the ultimate price for this.” 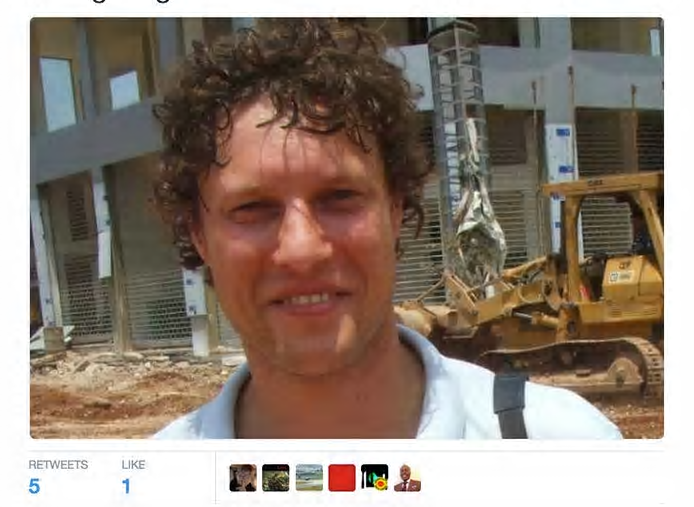 Oerlemans, 45, is survived by a wife and three small children, according to Eike den Hertog of the Beeldunie photo agency, who had worked with Oerlemans for much of the past two decades. Oerlemans had been scheduled to return home Monday.

He mourned the loss of a friend and a powerful photographer who “managed to capture what he wanted to say in pictures”.

“He wasn’t a cowboy. He was prudent, and very smart,” den Hertog said. He was surprised that Oerlemans wanted to return to Libya so soon after a previous assignment, also in Sirte, two months ago.

Oerlemans was abducted and wounded in Syria in 2012 with British photographer John Cantlie, and freed a week later. Cantlie was later abducted again, and is believed to still be in captivity.

Oerlemans had covered wars in Afghanistan, Syria and Libya and the journey of migrants to Europe. Oerlemans studied photojournalism at the London College of Communication, according to his Facebook account.

It is especially difficult and dangerous for journalists to work in Libya, in chaos since the 2011 uprising that toppled and killed Libyan leader Muammar Gaddafi. Much of the country is ruled by a patchwork of local and tribal militias, and Islamic militants have also gained a foothold.

Militias from Misrata have recently driven Isis militants out of most of Sirte, their last urban stronghold, with the help of US airstrikes.