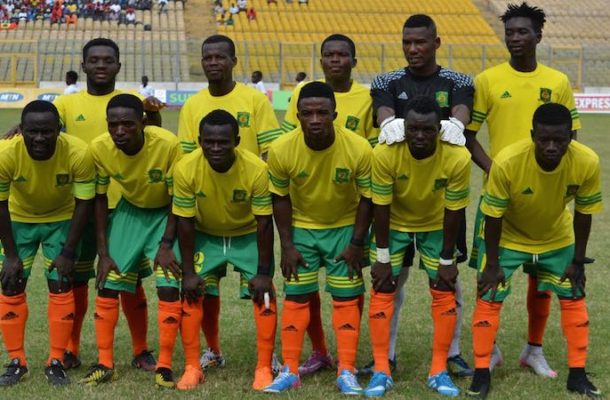 Cape Coast side Ebusua Dwarfs could be without four of their key players in their game against Wa All Stars at the Robert Mensah Stadium on Saturday.

General captain Stephen Aidoo will be out with a muscles injury while striker Bright Lukman who suffered a knee injury will also be out.

Dennis Korsah who has suffered a broken arm and Stephen Bentil who is reportedly suffering from malaria will also be absent.

Dwarfs are looking forward to keeping up their resurgence against the league leaders but could be affected with these injuries.

Dwarfs are coming into the match full of confidence with 6 wins, 2 draws and 2 loses from their last 10 matches in the league.

The Cape Coast side is the only side with the most wins in the Ghana Premier League in the second round of the league.