E/R: Man to death by hanging for killing wife 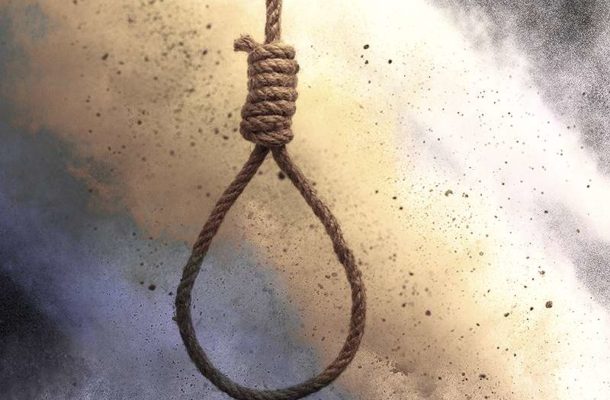 A Koforidua High Court has sentenced a farmer to death by hanging for gruesomely murdering his wife in 2003 at Adakuma, a farming community in the Birim South District of the Eastern region.

The convict, Yaw Nkrumah, now 43-years-old was found guilty of murder contrary to section 47 of Act 29/60 by a jury after five years of full trial at the High Court.

The Prosecutor told the court that, during the month of October 2003, the relationship between the couple turned sour, a problem they failed to resolve after several attempts.

The slain wife insisted on divorce and on November 17, 2003, decided to leave Adakuma village for her hometown Adansi Fomena.


At about 9:00am she set off with her three children on foot from the village towards Anyinam Kotoku which is about 2km but the convict who had laid ambush suddenly emerged from a palm plantation holding a pestle.

Ultimate News’ Eastern regional correspondent Kojo Ansah reported that the convict violently hit the deceased multiple times on her head with the pestle till she died.

He fled the scene after the dastardly act but later surrendered after a manhunt by the residents.

He pleaded not guilty to charge of murder but after many years of trial, the prosecution succeeded in proving the charge against the convict through five witnesses and other exhibits such as the wooden pestle, post mortem report of the deceased and crime scene photograph.