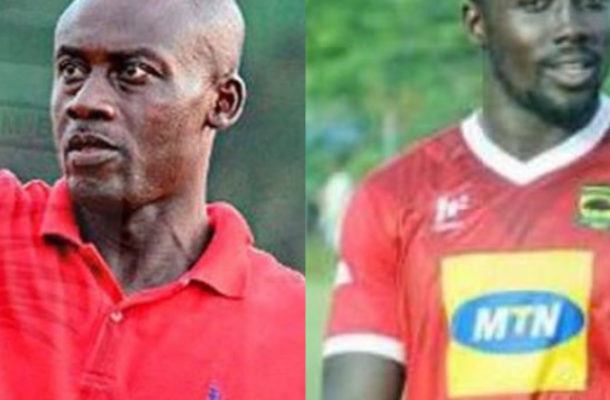 Former Asante Kotoko defender Samuel Kyere says former coach Michael Osei was his biggest saboteur at the club during their time together.

Coach Michael Osei who was assistant coach to David Duncan at Asante Kotoko took charge of the club when his boss Duncan was fired in 2016.

The full back says his former trainer was always at pains whenever he saw him in a Kotoko jersey and did everything practically possible to show him the exit at the club.

According to the player, his woes at Kotoko began when Michael Osei took over the helm from David Duncan.

"Coach Mickey was my no.1 saboteur at Kumasi Asante Kotoko. Each time he saw me wearing the Kotoko jersey he was dying inside.

He was at pains whenever he saw me in the Kotoko jersey but whenever I was given the chance I played well too." he told Ashh Fm.

Asked whether he ever regretted playing Asante Kotoko he answered in the affirmative 'my regrets at Kotoko is the period when Duncan left and Michael Osei took I never knew peace again.'

"There was a time I arrived at the training grounds and I was told Sammy return back you are late and just before me someone who just arrived was allowed entry just imagine" he concluded.