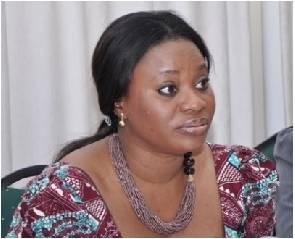 The Electoral Commission’s (EC’s) outright rejection of the nomination forms of 13 personalities who wanted to contest in the December 7 presidential election is causing uneasy calm in the country.

Almost all the affected aspirants are accusing the EC Chairperson, Charlotte Osei, of unjustifiably ‘dashing’ their respective hopes of becoming a president in 2017.

The commission on Monday closed the filing of nominations by narrowing down the number of presidential candidates from 17 to four.

However, most of the affected candidates have been fighting back, with some threatening to place injunction on the entire general election if the EC does not rescind its decision.

Angry supporters of the PPP thronged the party’s headquarters in Asylum Down, Accra, yesterday, protesting the rejection of their flag bearer Dr. Papa Kwesi Nduom.

Bus-loads of supporters claiming to have come from various constituencies, led by popular Kumawood actor, Abraham Kofi Essuman Davis aka Salinko, were clad in the red and white colours of the party and chanted various songs to vent their spleens on the EC.

Immediately the EC announced the rejection of the nomination of some of the aspirants, Hassan Ayariga of the Action Congress Party (ACP) unleashed verbal tirade against Ms. Osei.

Yesterday, he was unapologetic, in spite of calls for him to withdraw his vituperative statements and insisted he did not ‘feel sorry’ for the EC boss.

He told Kasapa FM in Accra that “The EC gave me a voter’s ID card and the same voter’s ID card is what I used to fill my forms and then you come back to tell Ghanaians that I did not put enough documents to prove my identification; what do you expect me to call that person?”

He queried, “Where was the EC chair when I was contesting the 2012 elections? You didn’t know that Hassan Ayariga was a presidential candidate of PNC and a Ghanaian of course, that today you’re doubting my identification?”

The PNC preferred to apportion the blame on some of its own national executives whose ‘actions’ and ‘inactions’ led to the rejection of Dr. Edward Nasigri Mahama, the party’s standard bearer.

“The General Secretary did not do his work well. What this means is that he did not attach the seriousness that needed to be attached to the filling of the nomination forms…I’m sure that if we had gotten just a little bit of a competent General Secretary who was supposed to ensure that administrative work is done well, we would not have found ourselves in this mess.”

“If EC had disqualified us on any other grounds, this would have been a bit understandable and reasonable. But for EC to tell us that we did not file or fill our documents per the guidelines given us, it simply means that we did not take this training so seriously. It simply means that as a national political party, we decided not to go by the seriousness we have been attaching over the previous years to this election.”

He ruled out the possibility of the party going to court to seek redress saying, “We have failed because the General Secretary has failed the party. He could not attach the seriousness we have been attaching to the general election this year.”

According to Akua Donkor, the maverick politician, the EC rejected her application on purpose and claimed she met all the requirements set for the aspirants.

She later said she was not going to contest the issue and predictably said she was throwing her weight behind President Mahama who is seeking a re-election on the ticket of the NDC.

There is confusion over who endorsed what aspirant after one of the subscribers, accused of engaging in double endorsement, flatly denied

appending her signature on the forms presented by Henry Lartey who was aspiring for the presidential seat on the ticket of the Great Consolidated Popular Party (GCPP).

Amadu Latifa told Joy FM yesterday that she only endorsed the forms presented by Nana Agyenim Boateng of the United Front Party (UFP) and expressed shock over how the GCPP candidate was able to use her name and voter details to complete his forms.

“I endorsed for only one presidential candidate who is Nana Agyenim Boateng (UFP). I don’t know about the endorsement of any GCPP member,” Amadu Latifa said.

Henry Lartey later said that the EC once disqualified his father, Dan Lartey (of blessed memory) aka Mr. Domestication, founder of the GCPP, and had done it to him. He predicted that the commission is likely to do the same thing to his son in future.

Prof. Steven Kwaku Asare aka Kwaku Azaa, a law professor based in the United States, has shared his opinion on the raging issues and said that “The Electoral Commission must follow its own regulations.”

Citing Constitutional Instrument (C.I.) 94 which will be used to regulate this year’s general election, the law don said among other things that “The Golden Rule, if not common sense, requires that the nomination period must end a few days after a candidate has submitted both the nomination forms and the deposit to the commission.”

According to him, “Only candidates who fail to fix the defects can be disqualified,” adding that after the September 30 deadline, any disqualification of candidates on October 10 violated the EC’s own regulations.”

“The EC is required by its own regulations to give candidates a reasonable time to fix any defects in their nomination as determined on October 10,” he argued.