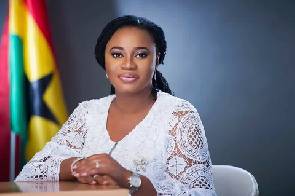 With less than sixty days to the December 7 general elections, the Chairperson for the Electoral Commission, Mrs Charlotte Osei, cannot say for sure if the elections will be held or not.

Issues of the elections being affected by litigations, following the disqualification of twelve presidential aspirants from the presidential race Monday October, 10 came up during an engagement with the media in Tamale in the Northern Region.

Mrs Osei revealed, “The commission will take a decision on the election as it comes as we cannot determine what will happen in court”. She defended the disqualification of the 12 aspirants, saying the Commission did not err but followed due process taking into consideration the laws passed by Ghana’s Parliament.

“The law says that one voter cannot endorse more than one candidate. That is the law. The Parliament that we all vote into Parliament passed that law.

We work with that law stating the Commission will meet any law suit if they come.” She pointed out that since the candidates will not be going to court as a group but as individuals, the Commission cannot tell how quickly the cases will be done with.

“Candidates will not be going to court as a group and that will mean the suits will be in diverse ways thus depending on how the judges will deal with it and we “.

The former Chair of the National Commission on Civic Education again rejected claims that the disqualified aspirants do not have access to the register, stating that they do.

“If someone wants to be the president of this country and you take a nomination form that has certain legal requirements following that board, it is up to you and your own responsibility to make sure that what you submit meets the requirements of the law.”