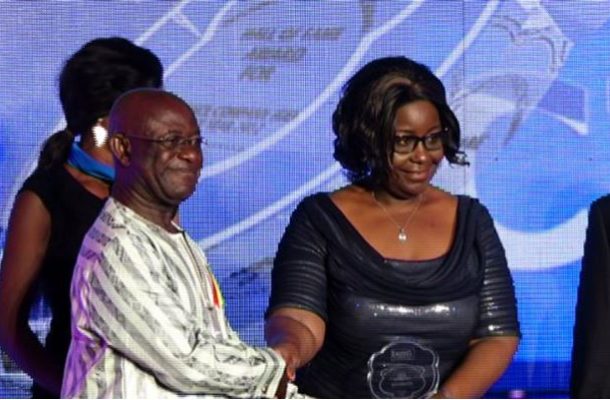 Ecobank Ghana has emerged the Chartered Institute of Marketing Ghana (CIMG) Bank of the year for 2015 at the 27th National Marketing Performance Awards.

This makes it one of the first companies to win the award for three consecutive times since the inception of the National Marketing Performance Awards Scheme.

The event held on Saturday at the State Banquet Hall was under the theme "Democracy and National Cohesion: Marketing a new political paradigm."

Speaking at the ceremony, National President of CIMG, Kojo Mattah called on Ghanaians to ensure their activities and speeches in the line up to the general election are measured so that the exercise would not result in “conflicts, destruction, poverty and death” as witnessed in some other countries in Africa.

“We have so much of it [war, conflicts] around us in Africa. We should learn from those experiences and decide on the path that leads to tolerance, peace, progress, etc. in which we can all live and practice our professions,” he said.
The National Marketing Performance Awards is an annual event of CIMG to recognise stellar performances by businesses towards the development of Ghana.
There were 42 categories of awards in all.

In the banking and non-banking financial organisations category; Ecobank Ghana grabbed for itself the Bank of the Year 2015, Stanbic Bank took the Marketing Oriented Company of the year 2015, and Ideal Finance was adjudged the Emerging Brand of the Year 2015.

There were other winners such as GOIL on the night.