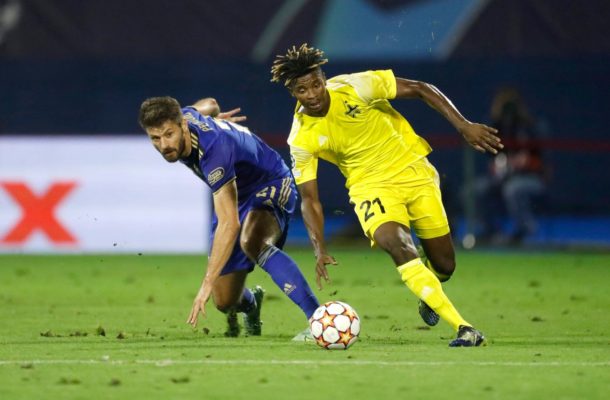 The Moldovan side will be playing in the group stages of the UEFA Champions League for the first time in their history in their Group D clash this evening.

Addo who is an integral member of the squad started in six of his side's Championship league qualification games which they beat the likes of Red Star Belgrade and Dinamo Zagreb to progress to the group stage of the competition.

Sheriff had made history. By holding Dinamo Zagreb to a 0-0 draw, they had progressed to the group stages of the Champions League - the first ever club from Moldova to do so.

On Wednesday, Sheriff will kick-off Group D at home to Shakhtar. Their first ever Champions League away game in the main draw is at Santiago Bernabeu two weeks later.

Sheriff have dominated Moldovan football for years, winning 19 league titles since 2001, including nine of the last 10 and six in a row from 2015. All of this despite many in the city of Tiraspol not seeing themselves as being Moldovan at all.

Tiraspol is the capital of Transnistria, a breakaway state located on the Moldovan-Ukrainian border in which the majority of its citizens are ethnic Russians, rather than Moldovans.

Edmund Addo helped Sheriff to record a 2-0 over Baiti in the Moldova Divizia National league. The 21-year-old has so far made nine appearances for this season for the club.

Their next Champions League game will be against Real Madrid at the. Newly constructed Santiago Bernabeu Stadium.
He spent last season on loan at Slovakia side FK Senica where he played 35 matches in the Slovakia Fortuna Liga last season.